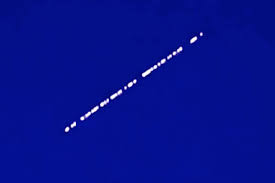 Demand From Those Without Good Connectivity

About 20% of the 440 million people in the EU have inadequate internet access.

The latest estimates from the International Telecommunication Union (ITU) show that 3.7 billion people are still not participating online (49% of the global population), and 63% of rural households are without internet access.

* 607 million people reside in areas with no mobile data coverage at all (no 3G or 4G).

* 220 million people reside in areas with no cellular coverage.

The ITU estimates that nearly $428 billion is required to achieve universal access to broadband globally, $251 billion of which is required for Asia, with approximately 75% coming from the private sector and the remainder with support from the public sector.

The majority of the world’s population, over 5 billion people, live more than 10 kilometers (km) away from any fiber optic cable infrastructure (3.6 billion reside more than 25 km away).

* 2.4 billion people who live within 4G coverage but do not use 4G data services because of affordability, digital literacy, and the lack of relevant or local language content.