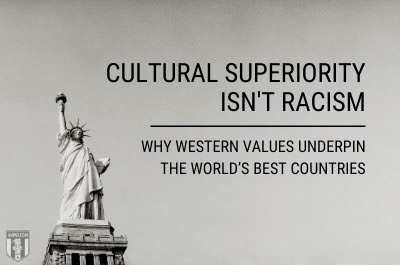 Cultural supetriority is a real thing that matters.  Been a thing, it is also a work in progess informed by history and hte correction of error.  That is good news because it is possible to think that we can do much better.
We object to the notion that Mohammed had it right once 1300 years ago. when it is blindingly obvious that this is not true.
The CCP has been attempting to transform through Marxist ideology however many times it has been proven false. This will now trigger a global counter reformation that will honour the Enlightenmnet once again so all our children learn a suite of values to assist them through their lives.
Recall that it was the Scottish enlightenment that truly ended slavery as culturally acceptable.  Even slave owners by and large gave it up in time and place
Cultural Superiority isn't Racism: Why Western Values Underpin the World’s Best Countries || Ammo
Friday, October 30, 2020
https://operationdisclosure1.blogspot.com/2020/10/cultural-superiority-isnt-racism-why.html
Source: Ammo | By Sam Jacobs Cultural Superiority isn't Racism: Why Western Values Underpin the World’s Best Countries Elements of the ...
Source: Ammo | By Sam Jacobs
Cultural Superiority isn't Racism: Why Western Values Underpin the World’s Best Countries
Elements of the left and their allies in the media are constantly driving this point home: White people are bad and so is the culture that they have created. Everything we value as a society is bad and, more than that, little more than an ex post facto justification for the subjugation of non-whites. Western culture is white culture, and all things white are bad.
But as with everything else which these elements of the left and their allies in the media push, this is simply false. While the overlap between white people – that is, people of European descent and some Christian populations in the Caucasus – and Western culture is undeniable, it is likewise undeniable that Western culture is no longer the exclusive domain of whites. What we can call, without the slightest bit of stretching the truth, Western culture is present not just in Western Europe, North America and Australia, but also in former British colonies such as Israel, Singapore and Hong Kong.
What’s more, a country simply being part of Europe does not make it “Western” in any meaningful sense. While there is a certain Western cultural continuum based around Christianity that extends from Lisbon to Vladivostok, it would be overly simplistic (and indeed, a bit demeaning) to label the post-Soviet countries as “Western.” They have a similar set of cultural values rooted in Christianity, however, even the introduction of democracy has not made many post-Soviet and post-colonial nations more liberal in the true sense of the word – open markets, an emphasis on free speech, strong private property rights, an independent, impartial judiciary, and the primacy of the individual over that of the group.
Throughout this article we will provide some terms to define what we mean by “Western culture.” We will also make the case that Western cultural values have a universal aspect in the sense that they can be applied with success anywhere in the world, that these values are objectively superior to other value sets at maximizing human freedom, quality of life, and potential, and that the belief in this superiority has nothing to do with “racism” in the sense that it is commonly understood by ordinary people.
One demonstration of the proof that these values are objectively superior is that "people vote with their feet", as Dr. Jordan Peterson points out: "The fundamental assumptions of Western civilization are valid. Here's how you know: Which countries do people want to move away from? Not ours. Which countries do people want to move to? Ours! Guess what, they work better. And it's not because we went around the world stealing everything we could get our hands on. It's because we got certain fundamental assumptions right - and thank God for that."
What Are Western Values? 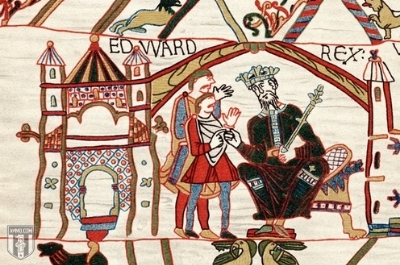 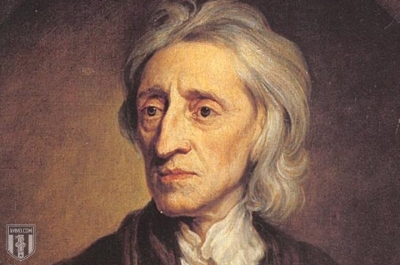 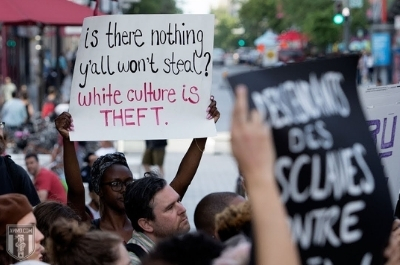