Anthony Fauci: 40 Years of Lies From AZT to Remdesivir 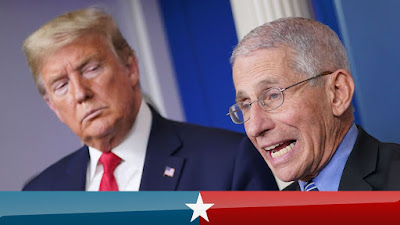 Notice how Trump watches Fauci's mouth.  This has been consistent.
The CDC and the WHO have obviously been hijacked for decades along with the FDA.  Fauci sits in the center of all this for almost fifty years amidst a series of promilgated and scientifically unproven diseases.  We are now getting broad disclosure.
This pharmaceutical conspiracy has now made common cause with the CCP and it only gets worse as we get a cacopany of medical fear mongering.
Repetition of the same plot does not make it more convincing.  As Posted, there is a WAR on and bad actors are been waltzed out on stage to sing.

Anthony Fauci: 40 Years of Lies From AZT to RemdesivirAs the planet’s “Virus Tsar” since 1984, he has spread misinformation and ignored critical questions. The consequences could hardly be more fatal.