The hardest part is the exercise of patience while you neemy is led fully into an array of traps.  We all now know that:
38,000,000 votes were switched from Trump to Biden nation wide.
A lot of this will be in California which will see a major shapeup.  What should happen soon, if not already done is that the National Guard will sequester all ballots and these will be processed to separate out all inserted ballots.  This will establish the full extent of the fraud and likely that it was all set up by China.
NOVEMBER 16, 2020
https://www.realhistorychan.com/anyt-11162020-trump-we-will-win.html
NY Times: Trump, Trying to Cling to Power, Fans Unrest and Conspiracy Theories
REBUTTAL BY
If (((they))) hadn't figured it out during Trump & Q's post-election "days of darkness" -- (((they))) certainly know it now. Events & Tweets of this past weekend dispel any remaining doubt about Trump's intentions. He is not leaving office. And the smell of fear coming from Sulzberger's cesspool of sedition and slander makes this all the more clear. Some panic-filled propaganda from the article::
"President Trump’s refusal to concede the election has entered a more dangerous phase as he stokes resistance and unrest among his supporters and spreads falsehoods aimed at undermining the integrity of the American voting system.
More than a week after President-elect Joseph R. Biden Jr. was declared the winner, Mr. Trump continues to block his successor’s transition, withholding intelligence briefings, critical information about the coronavirus pandemic and access to the vast machinery of government that Mr. Biden will soon oversee."
... The president’s desperate language as he tries without success to preserve his position stood in stark contrast with the disciplined silence from Mr. Biden." (emphasis added)
In years and decades past, this projection-filled rotten red tripe served up as "journalism" would have been cause for indigestion in the stomach of any informed and honest man. Today, it is a sheer delight to read! Trump & Q have got these Bolshevik bastards by the balls -- and (((they))) know it. 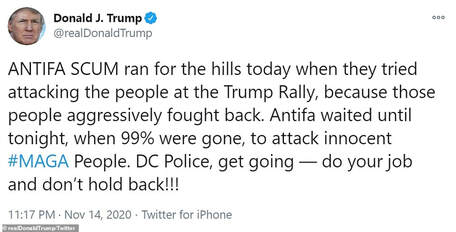 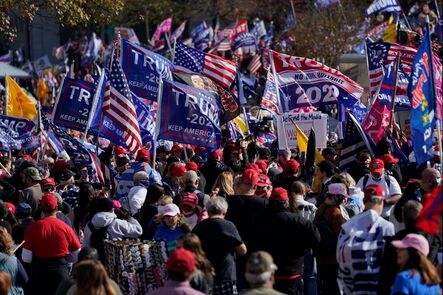 As he encourages supporters to continue fighting ("unrest"), Trump is doubling down and tripling down on his claims of massive voter fraud -- while calling leftists "scum." This dauntless fighting spirit -- backed up by the evidence currently being gathered up -- has got the Judenpresse Armada blasting away at Trump -- in vain.
Fake News is making too much of the fact that Trump's lawsuits about counting regularities and poll access may not succeed in overturning the results. In classic Sun Tzu diversionary tactical warfare, the civil lawsuits serve as bait -- inducing the scum of America into parroting "no evidence" ™, debunked," ™ "baseless," ™ "conspiracy theory." ™ The real attack will come from the Department of Justice and its main (but not only) focus will be upon rigged voting systems. Boobus Normie may shrug his shoulders or even laugh at the phenomenon of "dead" voters coming back to life on election day -- dismissing such cases as "anecdotal" ™ and limited in scope. But when hard forensic evidence of actual systemic vote-flipping via computer in the millions becomes known, Boobus will be in for a badly needed and long overdue shock to his dulled senses.
Sidney Powell, an attorney representing Trump, is speaking openly about rigged voting software. On Fox News Sunday morning, she said that voting software was "designed to rig elections" and that Trump "won by not just hundreds of thousands of votes, but by millions of votes." Powell also claimed she had "lots of ways to prove it," but was "not going to tell on national TV what all we have." Her stunning allegations came shortly after Rudy Giuliani, Trump's personal lawyer, also claimed that he had evidence of same but would not disclose it yet. 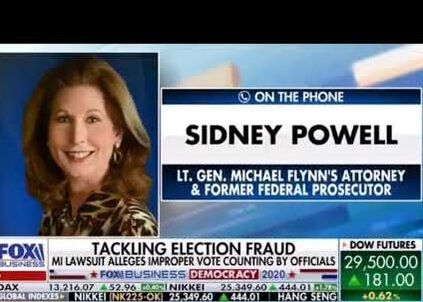 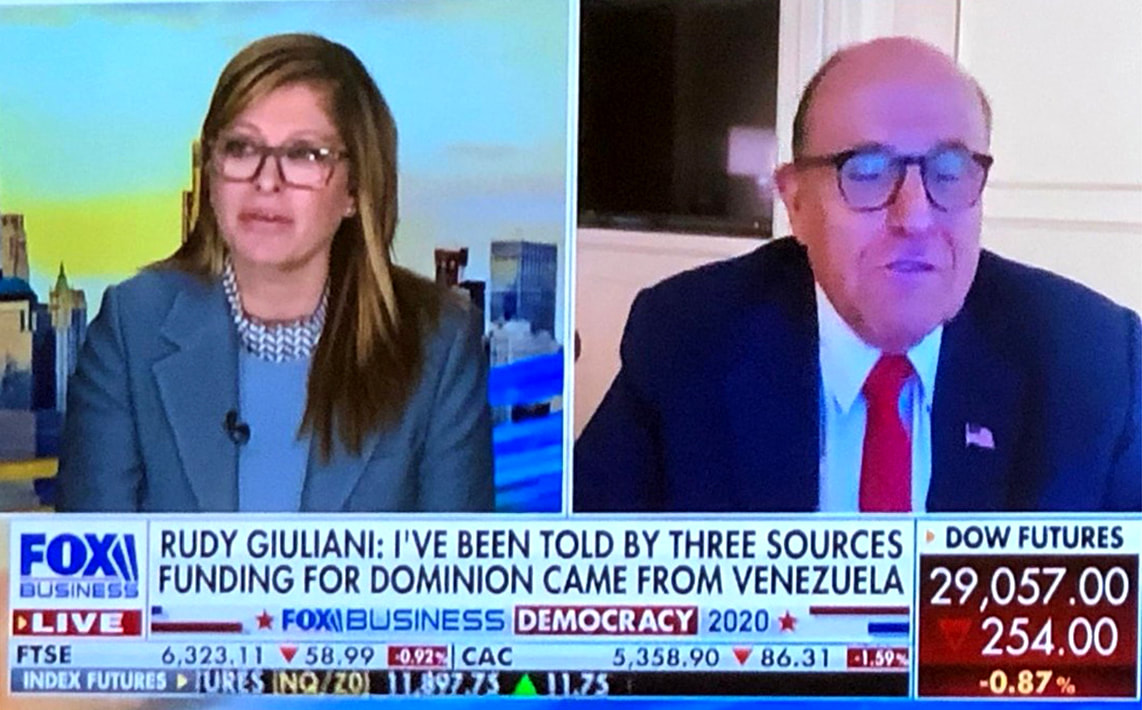 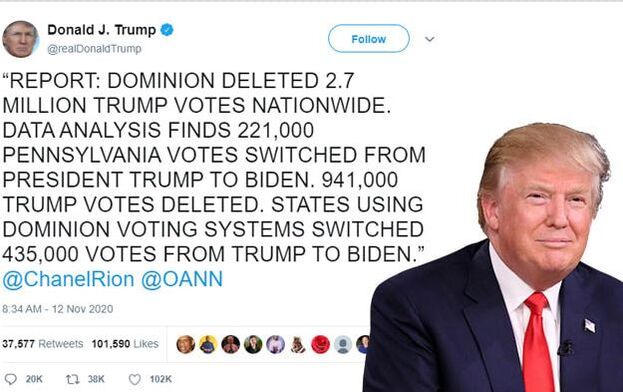 Powell, Giuliani and Trump himself are openly and unequivocally accusing Denver-based Dominion Voting Systems of flipping "millions" of votes from Trump to Child-Molester Biden. Would they really be foolish enough to make such earth-shaking, history-altering accusations if they didn't have the forensic evidence to back it up? Doubt it.
Some of "youse guys" have asked: If the "White Hats" have had this evidence since 11.3, then why doesn't Trump produce it and address the nation? If you're asking that question, then it's time for a refresher course on Sun Tzu's proverbs:
Pretend to be weak, that the enemy may grow arrogant.
Attack the enemy where he is unprepared, appear where you are not expected.
Let your plans be dark and impenetrable as night, and when you move, fall like a thunderbolt.
Hold out baits to entice the enemy. Feign disorder, and crush him.
Trump's baited trap is inducing the Deep State Fake News into slow-motion self-destruction. Here's just a small sampling of what the panicky Piranha Press has pooped out in recent days:
New York Magazine: Trump’s New Vote Fraud Theory Is So Much Crazier Than You Realize
CNN: Election Officials Contradict Trump's Voter-Fraud Conspiracy Theories
The Guardian (UK): Trump Repeats Baseless Voter Fraud Claim
Washington Post: GOP Officials Push Back Against Trump's Baseless Voter Fraud Claims
Associated Press: Fact Check: Trump's View of Flawed Voting is Baseless
NY Times: Cracks Emerge in G.O.P. Support for Trump’s Baseless Fraud Claims
Politico: Trump Reframes his Baseless Claims of Widespread Voter Fraud
Time Magazine: Trump's Voter Fraud Claims Debunked by His Own Government
Houston Chronicle: Trump's Fraud Claims Debunked by the US Government. Move on.
The harder and the more frequent that these demon-possessed journalistic jackals howl: "no evidence," ™ "baseless," ™ "debunked," ™ fact check" ™ and "conspiracy theory," ™ -- the greater their fall will be when the forensic truth hammer is finally dropped on their horned heads. Be patient, boys and girls. Be patient.
Posted by arclein at 12:00 AM