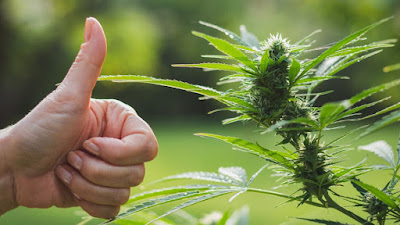 Yes, we are now on the down hill path on this issue.  Criminalization has been an utter failure.  It made a small problem into a global criminal juggernaut that has simply proved unstoppable.
I personally am no fan of any drug use whatsoever and only with excellent scientific credentials when they are used.  We are starting that process with marijuana finmally.  I love the working idea of microdoses.  The silent majority have zero desire to get high and it is only alcohol that accelerates your apitite.
The point is that we can get to safe use protocols all having medical applications.
Folks insisting on getting high are exhibiting a dependency in need of management and potential medical intervention..
America's Disastrous Drug War Is Finally Unravelling
Voters came out for legalizing marijuana, removing criminal penalties for psychedelic use, and treating drug addiction as a public health concern.
REGAN TAYLOR | 11.5.2020 4:45 PM
https://reason.com/video/2020/11/05/americas-disastrous-drug-war-is-finally-unravelling/
The 2020 election was an important milestone in unraveling America's disastrous war on drugs. Across the country, by overwhelming margins, voters came out for legalizing marijuana, removing criminal penalties for psychedelic use, and treating drug addiction as a public health rather than a criminal concern.
The biggest victory was in Oregon, where voters overwhelmingly approved Measure 110, making it the first state to eliminate the possibility of jail time for possessing small amounts of heroin, cocaine, oxycodone, and every other narcotic. Instead, violators could be hit with at most a $100 fine.
"It's a really bold experiment," says Adrian Moore, vice president of policy at the Reason Foundation, the nonprofit that publishes Reason. "Arresting people and locking them up for using drugs is not very effective." The initiative also paved the way for setting up education treatment recovery programs and using the tax revenue from the marijuana market to fund it.
Voters Oregon approved Measure 109, making it the first state to legalize psilocybin, the main psychoactive ingredient in magic mushrooms. In 2018, the Food and Drug Administration granted psilocybin "breakthrough therapy" status for treatment-resistant depression.
In Washington, D.C., voters opted by a margin of 3 to 1 to make the use, possession, and cultivation of entheogenic plants and fungi, such as psilocybin mushrooms, law enforcers' lowest priority.
"It does not change law in any way. It simply says, 'Look…we, the people, think that the police and the district attorneys should stop arresting and prosecuting people for psychedelic plants. So please do that," says Moore.
Mississippi, Arizona, South Dakota, New Jersey, and Montana all passed initiatives allowing marijuana to be sold for either medical or recreational use.
Moore says that there's a danger that some of the legal structures established by these ballot measures, such as in Arizona, will repeat the mistakes of other states, where regulated cartels dominate.
"It really is designed to give the existing medical marijuana providers control of the market and not let anybody else into the market, which is kind of crazy," says Moore.
But a clear takeaway from the 2020 election is that the American public has had enough of the government locking people in cages for putting mind-altering substances into their own bodies. The tragic war on drugs is finally coming to an end.