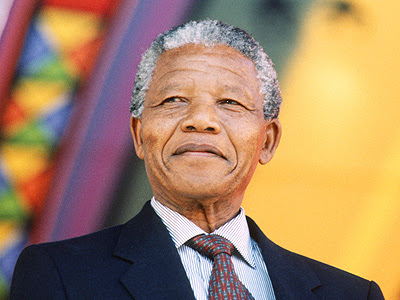 I do not know just how real this effect happens to be or even if it can all be attributed to faulty memories of which we also have plenty of evidence.

However i now think of time in terms of leaves in a book.  It suddenly becomes no trick mentally to change out a particular leaf to induce a different outcome.  Why has my own thinking shifted so radically.  I already know that Earth itself has been deliberately produced starting four billion years ago by this act of interleaving new data to the time necessary.  This is an amazing insight backed up by irrefutable evidence.

What is most important though is that this is happening as part of a convergent group consciousness.  We are choosing the best outcomes and if necessary tweaking events back in time to get the best result.  Mandela was needed and he was preserved.  Have i been preserved for the same reasons?  So that i can speak to the future?

We are plausibly in end times after which Heaven on Earth  will reign and the meek will inherit the Earth.  That is what we are converging toward. .
The Mandella Effect
Please have a look at my other post at hashtag ‪#‎MandelaEffect‬ and comment on your recollection.

The "Mandela Effect" aka Alive Again phenomenon is gaining public attention as more and more people make note of people being announced dead by reputable sources such as the San Francisco Chronicle and CBS Evening News, who are later reported being alive. This type of reality shift continues to be one of the most surprising and amazing to me, as I am astonished to see people alive and well again who I know have died. Editorial error can be ruled out, since there are no retractions of false reports. Until you've noticed this sort of reality shift yourself, it's hard to fully understand how shocking this experience can feel. Typically, whatever evidence I've had regarding the previous death report is unavailable, leaving me with the usual amount of physical proof that a reality shift has occurred... haunting memories of the other reality.


I wrote about my first "alive again" experience in my book, Reality Shifts: When Consciousness Changes the Physical World. It occurred in the 1980's when my ex-roommate and neighbor's cat, Ashes, was run over by a car and killed... only to appear in my backyard a couple of weeks later! I was astonished to see him again. He looked a little less tidy, like he hadn't been keeping himself quite as clean as usual, but he was absolutely and positively the same cat. My husband reacted normally at first to seeing Ashes, until I reminded him, "Ashes DIED a couple of weeks ago!" My husband rubbed his chin and recalled more details, without any prompts from me. "Oh, yeah... he was hit by a car, wasn't he?" I spent an hour petting and talking with Ashes, since I never thought I'd see him again after he'd died.


While folklore tells of cats sometimes having nine lives, people can really surprise us when they return from the dead. In addition to noticing Nelson Mandela alive again, as I discussed recently on the Money Laundering/Reality Shifts Coast to Coast AM show with George Noory, I've witnessed both actor Larry Hagman and biologist Jane Goodall's untimely demises mysteriously reversed. Both of them were announced dead, only to show up again in new programs and speaking engagements. When Jane Goodall was reported dead, the news came as a huge blow to me. I had heard of Dian Fossey's murder, and I recall thinking "How could Jane have died now?!" I was especially sad that we'd lost two women biologists working with primates. When a bit more than a year later I saw that Jane was speaking somewhere, I could barely believe it. I double-checked to confirm that sure enough, it was the same Jane Goodall, and now there was no record that she ever died!

I'm relieved to note that I'm not the only one who's noticed these alive again shifts. Many people on the realityshifters discussion list have witnessed the alive again phenomenon over the years, and many more have written to me sharing their first-hand accounts of having seen people they know alive again after having previously died. Often these "alive again" people are celebrities, but sometimes they are acquaintances, neighbors, family, or friends.


In July 2005, RealityShifters conducted an Alive Again survey, asking the question: "Which people have you heard reported to be alive again after having heard trustworthy reports of their deaths?" At that time, 26% of respondents recalled having heard that Bob Keeshan ("Captain Kangaroo") had passed away, yet were startled to see him alive again, 15% of respondents recalled Jane Goodall, 15% recalled Larry Hagman, 10% remembered Bob Hope having already passed away, and 10% remembered Jack Palance. Bea Arthur, Ed Asner, Walter Cronkite and Mariel Hemingway were each remembered by 5% of respondents as having already died.

Remembering alternate histories is a great way to discover the truth: that reality shifts. This phenomenon is much bigger than peoples' seemingly miraculous return from the dead--it also includes changes we notice in books, movies, and TV shows we've watched before that occasionally are very different from what we remember having seen before. Have you ever watched a movie a second time and wondered why the ending seemed so different? Consider the possibility that your mind's not necessarily playing tricks on you--it really might have changed.