A Higher Minimum Wage Will Make Us Meaner 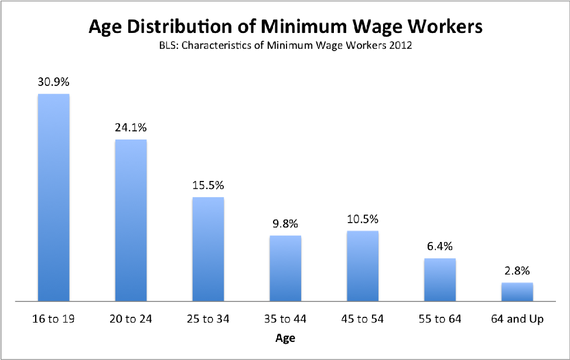 As posted before ,we do not have a true minimum wage.  That would mean walking into an agencies office and been employed on the spot.  Thus a higher wage merely ensures far less jobs in the organized part of the market.


Some time ago i came to the conclusion that the solution was to establish a true purchase system in which anyone can access a night's sleep, breakfast, four hours light duty similar in effort to emptying a truck and lunch.   That establishes the value of the financial benefit and can be readily adjusted accordingly.   In fact it can be used to establish the level of funding.


The community has no end of compatible tasks otherwise unserviced that it would easily support as well as diverting resources already been spend unsuccessfully to help.  Better this framework easily builds community and supports transitions to better work.


A Higher Minimum Wage Will Make Us Meaner

In a recent post, I argued that government monopolies often offered worse service to customers than competitive private firms. In this post (which will have something to offend both progressives and conservatives), I’ll look at a different but related problem.

Many liberals were appalled, while conservatives often wondered why, if working conditions were so bad at Amazon, people didn’t simply “get another job.” I have sympathy for both sides, but probably a bit more for the conservative side.

Regardless of how you feel about monetary policy, it’s clear that if employers feel they have a “captive audience” of workers, who are terrified of losing their jobs, it would be easier for the employer to crack the whip and drive the employees to work extremely hard. One advantage of a healthy job market is that workers have more power to negotiate pleasant working conditions.

But progressives also have some major weaknesses in this area. They tend to favor policies such as New York City’s rent controls, and the new $15 minimum wage being gradually phased in in some western cities.

I like to think of these policies as engines of meanness. They are constructed in such a way that they almost guarantee that Americans will become less polite to each other.

In New York City, landlords with rent controlled units know that the rent is being artificially held far below market, and thus that they would have no trouble finding new tenants if the existing tenant is unhappy. So then have no incentive to upgrade the quality of the apartment, or to quickly fix problems. They do have an incentive to discriminate against minorities that, on average, are more likely to become unemployed, and hence unable to pay the rent. Or young people, who might damage the unit with wild parties.

Wage floors present the same sort of problem as rent ceilings, except that now it’s the demanders who become meaner, not the supplier. Firms that demand labor in Los Angeles in the year 2020 will be able to treat their employees very poorly, and still find lots of people willing to work for $15/hour.

Even worse, this regulation will interact with the migrant flow from Latin America, to produce another set of unanticipated side effects. In some developing countries there is a huge army of unemployed who go to the cities, hoping to get one of the few high wage jobs available in the “formal” sector of the economy. With a $15 minimum wage, migrants will come from Mexico until the disutility of waiting for a good job just balances the expected utility of landing one of those good jobs. You’ll have lots more angry, frustrated, young Mexican illegal immigrants with lots of time on their hands. What could go wrong?

One reason that I am what Miles Kimball calls a “supply-side liberal” is that I believe my preferred policy mix (NGDP targeting, plus free markets) is most likely to produce the sort of “nice” society I grew up with (in Madison, Wisconsin).
Posted by arclein at 12:00 AM