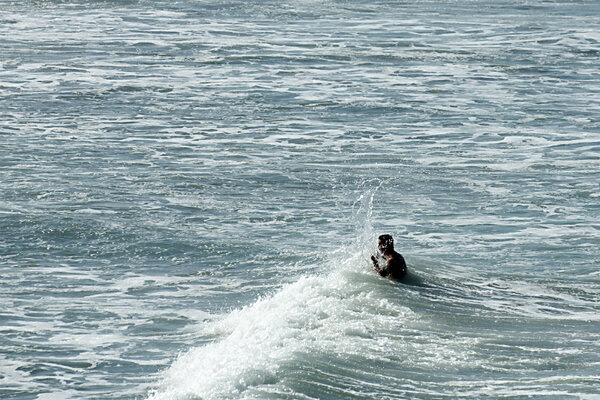 If it stays at the same warm range as we have experienced for twenty years we may add as much as as four times 2.75 inches which is the amount added since 1994.  That is around eleven inches for a total of 13.75 inches.  I consider all that as seriously optimistic.


The trend in the South Pole is long in tooth and due for a reversal which may well lead to a chilling of the Atlantic as well.


By the way they added South Pole glacial production to their ice count when it obviously must be the low end of that cycle.  Hardly intellectual rigor at work here.  Smells of data picking to support the acepted agenda.]

Global sea levels rise three inches: Is that a lot?

NASA scientists say rising sea levels – a natural consequence of the warming of our planet – are unavoidable and more dangerous than thought.
By Beatrice Gitau, Staff August 27, 2015

Sea levels around the world have already risen three inches and will rise at least three more feet in the next 100 to 200 years, say scientists.

Since satellites began measuring ocean levels in 1992, global sea levels have risen by an average of three inches as a result of warming waters and melting ice, with some areas rising more than 9 inches due to natural variation, said NASA scientists at a news conference Wednesday.

As sea levels continue to rise, low-lying states such as Florida are at risk of disappearing, as are major world cities such as Tokyo and Singapore, new data suggests.


“Given what we know now about how the ocean expands as it warms and how ice sheets and glaciers are adding water to the seas, it’s pretty certain we are locked into at least 3 feet of sea level rise, and probably more,” said Steve Nerem of the University of Colorado, Boulder, and head of the Sea Level Change Team, in a news release. “But we don't know whether it will happen within a century or somewhat longer.”

The rise is due to two factors, say scientists. For one, when water heats up, it expands. So when the ocean warms, sea level rises. Secondly, ice melts when exposed to heat, and when ice on land melts and runs into the ocean, sea level rises.

About one-third of sea level rise is caused by warming ocean water, one-third is due to ice loss from the Greenland and Antarctic ice sheets, and the remaining third comes from melting mountain glaciers, say scientists. They warn that the uncertain fate of the polar ice sheets could change that ratio and produce more rapid sea level jumps in the coming decades.

How high and how fast?

According to NASA’s satellite measurements, the Greenland ice sheet, covering 660,000 square miles – nearly the area of Alaska – has shed an average of 303 billion tons of ice per year over the past decade. Over the same period, the Antarctic ice sheet, covering 5.4 million square miles – larger than the United States and India combined – has lost an average of 118 billion tons a year.

NASA's data reveals that, although the picture is complex, sea levels overall are rising faster than they were 50 years ago, more quickly than expected.

“People need to understand that the planet is not only changing, it’s changed,” said Tom Wagner, the cryosphere program scientist at NASA Headquarters.

“If you’re going to put in major infrastructure like a water treatment plant or a power plant in a coastal zone,” said Dr. Wagner, “we have data you can now use to estimate what the impacts are going to be in the next 100 years.”

The consequence of the worldwide sea level rise is already impacting US coastal regions, most noticeably in Florida.

In 2013, the United Nations' Intergovernmental Panel on Climate Change (IPCC) made similar predictions and stated that global sea levels would likely rise between 1 and 3 feet by the end of the century.
Posted by arclein at 12:00 AM