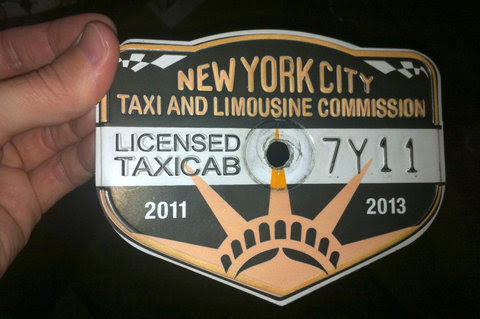 It is utterly true that anyone with an angle that enriches him will quickly run down to his favorite politicians and try to find someway to lock competition out.  At least with patent law, you have a finite time to exploit it all after full disclosure.  Not so with most else and the most tiresome are those based on capital itself.
Real estate has become the worse such example although everyone gets to play somehow mostly because government has accepted the long term risk.  If it were all priced sensibly we would have a hugely smaller banking sector.

The good news is that Uber has broken the taxi monopoly and will certainly do the same everywhere.  Local resistance has been noted , but with one success in New York, it will all become mute.   The benfits will be obvious.  We see the same happening with AirBnN which has put real competition into the Hotel industry.
.

Should taxpayers bail out a bankrupt monopoly?

An age-old rap against free markets is that they give rise to monopolies that use their power to exploit consumers, crush upstarts, and stifle innovation. It was this perception that led to “trust busting” a century ago, and continues to drive the monopoly-hunting policy at the Federal Trade Commission and the Justice Department.

But if you look around at the real world, you find something different. The actually existing monopolies that do these bad things are created not by markets but by government policy. Think of sectors like education, mail, courts, money, or municipal taxis, and you find a reality that is the opposite of the caricature: public policy creates monopolies while markets bust them.

For generations, economists and some political figures have been trying to bring competition to these sectors, but with limited success. The case of taxis makes the point. There is no way to justify the policies that keep these cartels protected. And yet they persist — or, at least, they have persisted until very recently.

In New York, we are seeing a collapse as inexorable as the fall of the Soviet Union itself. The app economy introduced competition in a surreptitious way. It invited people to sign up to drive people here and there and get paid for it. No more standing in lines on corners or being forced to split fares. You can stay in the coffee shop until you are notified that your car is there.

In less than one year, we’ve seen the astonishing effects. Not only has the price of taxi medallions fallen dramatically from a peak of $1 million, it’s not even clear that there is a market remaining at all for these permits. There hasn't been a single medallion sale in four months. They are on the verge of becoming scrap metal or collector’s items destined for eBay.

What economists, politicians, lobbyists, writers, and agitators failed to accomplished for many decades, a clever innovation has achieved in just a few years of pushing. No one on the planet could have predicted this collapse just five years ago. Now it is a living fact.

Reason TV does a fantastic job and covering what’s going on with taxis in New York. Now if this model can be applied to all other government-created monopolies, we might see genuine progress toward a truly competitive economy. After all, it turns out that the free market is the best anti-monopoly weapon ever developed.
Posted by arclein at 12:00 AM