Cancer Cells ‘Programmed’ Back to Normal 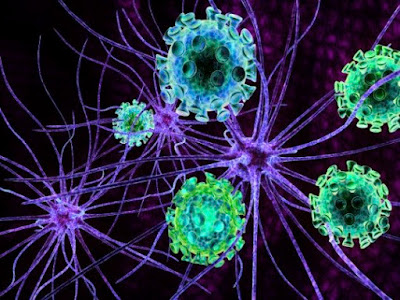 This is clearly good news and adds anther option in the fight to end this scourge.  We may even be surprised before we are finished here.

I like the idea of using the method to stabilize a large tumor while allowing the organ to do its job.

It will take some time for results to emerge for this one by its nature.  However if it works well enough it is a natural adjunct to protocols trhat destroy cells...

Cancer cells ‘programmed’ back to normal by scientists in major breakthrough

Cancer research scientists have managed to programme cancerous cells back normal for the first time, potentially giving doctors the ability to ‘switch off’ cancer.

The breakthrough could potentially lead to the development of life-saving treatments and possibly even reverse the growth of cancerous tumours.

Published in the journal Nature Cell Biology, the study showed how aggressive breast, lung and bladder cancel cells could be changed back into harmless cells by reintroducing the function that stops them multiplying.

In normal cells, ‘biological processors’ called microRNAs trigger production of a specific protein which instructs older cells to stop dividing. In cancerous cells, not enough of the protein is delivered, causing the cells to keep multiplying into a tumour.

The study found that injecting microRNA directly into a tumour could return the cancerous cells back to normal and stop them reproducing.

Researchers at the Florida-based Mayo Clinic in the U.S. have so far only tested human cells in lab conditions, but are hopeful that the technique can be developed into a cancer-busting alternative to chemotherapy or surgery.

While this is by no means an instant cure for cancer, the findings are certainly compelling for scientists developing cancer treatments.

Speaking to The Telegraph, Dr Chris Bakal, a specialist at the Institute for Cancer Research, said:

“I think in reality it is unlikely that you could reverse tumours by reversing just one mechanism, but it’s a very interesting finding.”
(Image credit: IB Times)