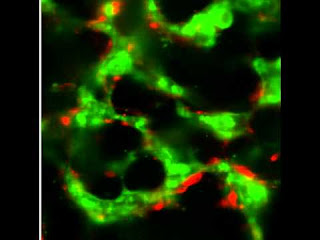 The advances taking place on tissues today are jaw dropping.  We are approaching the capability to trade out failed parts of the body as a matter of routine surgery.  They will be replaced with new components reconstructed using ones own cells.

I recently saw the demonstration of a swine kidney on NOVA been cleansed of all swine cells that could then be used to house human cells and be then transplanted into a human in need.  They have already achieved something like all this with the heart.  They got the result beating!  Importantly, the time from recognizing possibility to demonstration was quick.  This should have had an unending series of glitches.  This means that perfecting all this is going to be rapid and decades have already become years and probably we are actually dealing in months.

What is have actually seen this past couple of years tells me that the available tool kit is already sufficient to systematically restore the majority of the human body.  It will soon be into the tweaking stage.

This item tells us that a remaining road block is on the way to been removed.  We have now successfully grown blood cells.

Researchers from and of Medicine (BCM) have broken one of the major roadblocks on the path to growing transplantable tissue in the lab: They've found a way to grow the blood vessels and capillaries needed to keep tissues alive.

The new research is available online and due to appear in the January issue of the journal Acta Biomaterialia.

"The inability to grow blood-vessel networks -- or vasculature -- in lab-grown tissues is the leading problem in regenerative medicine today," said lead co-author Jennifer West, department chair and the Isabel C. Cameron Professor of Bioengineering at Rice. "If you don't have blood supply, you cannot make a tissue structure that is thicker than a couple hundred microns."

As its base material, a team of researchers led by West and BCM molecular physiologist Mary Dickinson chose polyethylene glycol (PEG), a nontoxic plastic that's widely used in medical devices and food. Building on 10 years of research in West's lab, the scientists modified the PEG to mimic the body's extracellular matrix -- the network of proteins and polysaccharides that make up a substantial portion of most tissues.

West, Dickinson, Rice graduate student Jennifer Saik, Rice undergraduate Emily Watkins and Rice-BCM graduate student Daniel Gould combined the modified PEG with two kinds of cells -- both of which are needed for blood-vessel formation. Using light that locks the PEG polymer strands into a solid gel, they created soft hydrogels that contained living cells and growth factors. After that, they filmed the hydrogels for 72 hours. By tagging each type of cell with a different colored fluorescent marker, the team was able to watch as the cells gradually formed capillaries throughout the soft, plastic gel.

To test these new vascular networks, the team implanted the hydrogels into the corneas of mice, where no natural vasculature exists. After injecting a dye into the mice's bloodstream, the researchers confirmed normal blood flow in the newly grown capillaries.

Another key advance, published by West and graduate student Joseph Hoffmann in November, involved the creation of a new technique called "two-photon lithography," an ultrasensitive way of using light to create intricate three-dimensional patterns within the soft PEG hydrogels. West said the patterning technique allows the engineers to exert a fine level of control over where cells move and grow. In follow-up experiments, also in collaboration with the lab at BCM, West and her team plan to use the technique to grow blood vessels in predetermined patterns.

The research was supported by the National Science Foundation and the National Institutes of Health. West's work was conducted in her lab at Rice's BioScience Research Collaborative (BRC). The BRC is an innovative space where scientists and educators from and other institutions work together to perform leading research that benefits human medicine and health.

I wonder how the capacity to grow human blood cells will affect non-profits that have blood drives. It would seem to be pointless to deal with the testing and limitations on frequency of blood donation should blood-growers be available. Maybe hospitals could have their own equipment to constantly grow blood for surgery; blood-on-demand may become feasible.