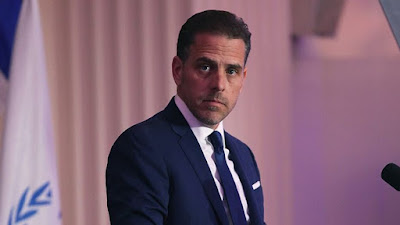 This is an interesting development. Under what law do you have to deny access to smoking gun evidence?  Do the american people have a right to know and to also see this evidence?
Let us be blunt.  Joe Biden in particular is guilty by his own mouth and we have seen this long since.  Hunter is circumstancially guilty as well.  And no possible excuse is forthcoming in my lifetime.  This all happens to be the physical record of what is understood by everyone.
What does twitter hope to either gain here or even change?  That i fail to understand.
Twitter Embarks on Censorship Spree as Biden Exposés Drop
BY PETR SVAB
October 15, 2020 Updated: October 15, 2020
https://www.theepochtimes.com/twitter-embarks-on-censorship-spree-as-biden-exposes-drop_3540836.html
In an unprecedented censorship push, Twitter has been suppressing a series of exposés by The New York Post on the dealings of Hunter Biden, son of former Vice President Joe Biden. Not only is the social media firm blocking users from linking to the story, it’s also been locking accounts that attempt to do so. Among them have been White House press secretary Kayleigh McEnany, the official account of the Trump campaign, The New York Post, and actor James Woods, a major pro-Trump voice on Twitter with some 2.6 million followers.
The articles centered on documents the Post obtained indicating that Hunter Biden negotiated multiple lucrative business arrangements in China and Ukraine where gaining access to or currying favor with his father was at least an implicit part of the deal.
His father is now the Democratic candidate for the presidency.
Twitter said that the articles “violate our rules” as they included private information such as emails and phone numbers and were also covered by its “Hacked Materials Policy.”
Images of documents published by The Post indeed included email addresses and phone numbers, one of the key elements that allows readers and other media to judge their authenticity.
However, there’s no evidence that the material was hacked. The articles say the paper obtained them from former New York Mayor Rudy Giuliani, who’s now a personal lawyer to President Donald Trump. Giuliani says he got the materials from a copy of a hard drive in a laptop seized by the FBI from a computer repair shop. According to the shop owner, a man dropped the laptop off at the shop in April 2019 and never picked it up. It appears he took ownership of it after several months based on the shop’s abandoned items policy. The owner wasn’t sure the person who dropped off the computer was Hunter Biden.
Spokespeople for Hunter Biden and the Biden campaign didn’t dispute the authenticity of any specific document.
Twitter said its hacked materials policy applies to information “obtained without authorization,” but the policy it linked to doesn’t include such a clause.
Twitter also placed a text into its “What’s happening” section that falsely claimed that “then-Vice President Biden played no role in pressuring Ukraine officials into firing” a prosecutor who planned to investigate Burisma Holdings, a Ukrainian energy company that was at a time paying Hunter Biden about $1 million a year to sit on its board despite having no expertise in energy or Ukraine.
Joe Biden himself was filmed publicly admitting to pressuring Ukrainian President Petro Poroshenko and Prime Minister Arseniy Yatsenyuk in 2015 to fire the prosecutor, though he later said it had nothing to do with Burisma. Senate investigations found no wrongdoing on Biden’s part, the campaign noted.
The Post articles, however, reveal new evidence.
The first exposé showed an alleged email suggesting Hunter Biden arranged for a meeting between Biden and a Burisma executive. The Biden campaign said no such meeting was on Biden’s calendars from the time, but didn’t rule out an informal meeting may have occurred.
Twitter didn’t respond to a request for comment.
Twitter Chief Executive Jack Dorsey said the company’s “communication around our actions on the @nypost article was not great.” He said blocking links to the story “with zero context as to why we’re blocking” was “unacceptable.”
As of Oct. 15 afternoon, Woods’s account has been restored. McEnany said she was only allowed back once she deleted the tweet linking to one of the Post’s articles.
Suppression of the story sparked outrage among Republicans.
“This is election interference, plain and simple,” Trump campaign communications director Tim Murtaugh said in a statement. “For Twitter to lock the main account of the campaign of the President of the United States is a breathtaking level of political meddling and nothing short of an attempt to rig the election.”
Republicans on the Senate Judiciary Committee said they will issue a subpoena to Dorsey to question him over the suppression of the articles.
“This is election interference and we are 19 days out from an election,” said Sen. Ted Cruz (R-Texas) to reporters on Oct. 15.
Sen. Josh Hawley (R-Mo.) called on the Federal Election Commission (FEC) to investigate Twitter for potential illegal in-kind contributions to the Biden campaign by suppressing the story.
“There can be no serious doubt that the Biden campaign derives extraordinary value from depriving voters access to information that, if true, would link the former Vice President to corrupt Ukrainian oligarchs. And this censorship manifestly will influence the presidential election,” Hawley said in a letter to the FEC Acting General Counsel Lisa Stevenson.
He also asked for an investigation into Facebook, which didn’t outright block the Post’s articles, but reduced how many could see at least the first part of the exposé.
Trump, meanwhile, called for a repeal of Section 230 of the Communications Decency Act, which shields online platforms from liability for user content.
“So terrible that Facebook and Twitter took down the story of ‘Smoking Gun’ emails related to Sleepy Joe Biden and his son, Hunter, in the @nypost,” Trump wrote in a tweet.
The rationale is that social media companies should lose the legal protections if they are biased, opaque, or pretextual in their content policing.
Posted by arclein at 12:00 AM