Hitting Back to the ABC Reporter "How Long do you Think the CCP will Last when Housewives are Standing up for themselves?" 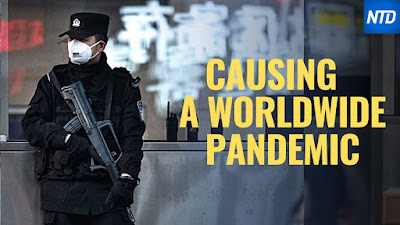 Our Prime Minister was just being his usual lapdog self to the Yanks when he called for an Official Investigation into the emergence of Covid-19.
He knows, as we all do, there will be no 'neutral' committee, it will be pre-determined to accuse the Chinese of everything imaginable.

The Chinese blockages of our exports to them was in retaliation of us tagging along on America's leash into the South China Sea, where countries from thousands of km away are harassing the Chinese in their own neighbourhood.

Sadly the rather confusing article does not mention what the leaflets are about, leaving readers bemused as to what the housewives are worried over. If it is a cure for Covid, then that has been well-publicised here by a medical researcher saying Ivermectin and Vit D will fix it. Of course the Govt ignores that, they are owned by the pharmacuetical industry and thus should be ignored.