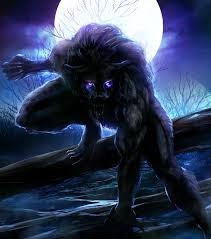 This report is the last third of this podcast.  It is the Giant Sloth again and it is particularly noteworthy that he was ordered directly to only report a bear attack.

We get a pretty complete picture of the attack itself until the point in which he passed out.  He awoke laid out in a shallow grave and lightly covered.  The purpose of this was to establish a maggot farm.  He arose and went to a running creek.  It had enough water to allow him to float himself downriver well away and escape luckily to a hunting camp where the hunters were able to fully rescue him.  He thus survived the whole expereince.

Plenty have not and this is confirmation of the practise of laying out a corpse for a maggot farm which i surmised even without any such serious indication as this.

He and his buddy were  both grossly under armed for this encounter.  I suspect that these creatures operate at a lower metabolism and lower temperature than we expect.  You need a powerful rifle.  Military grade semi automatic should be good enough as i think that a single shot will not be heavy enough to stop this.

It is possible that they stumbled into close by denning area as well.