What is causing Fibromyalgia? Another shocking revelation. 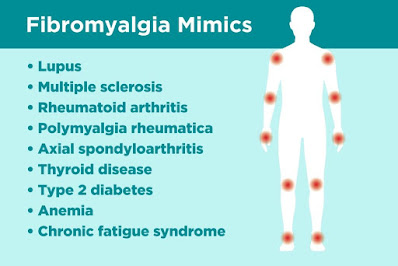 Turns out to be a side effect of vaccines and may well be related to aluminium salts.  The key take home here is that it seems to be about getting too exposed.  At the same time, the effect slowly wears of.
The AL salt concept conforms nicely inasmuch as it accumulates slowly in specific locales until pain is triggered.  Then as time progresses. it is taken away and discharged.
Recall that toxins the body needs to be rid of are often sent into the skin.  Over time the skin renews and the toxins are lost.  The body is quite selective in how this is done as well.  I exposed myself to too much chlorox with my feet and the toxins absorbed expressed themselves in my skin on my torso.  Planning in motion.
what is causing Fibromyalgia? Another shocking revelation.
December 26, 2019
7 minute read
Fibromyalgia caused by VaccinesScroll this
https://hpv-vaccine-side-effects.com/what-is-causing-fibromyalgia/
(An important story about what is causing Fibromyalgia. You should read it!)
Before we found out what happened to our son (he was injured by the HPV vaccine) I told many of his doctors an incident that happened 20 years ago. When trying to asses my son’s symptoms they’ve always asked if something similar has ever happened in our family before.
And it actually had happened in the past…

Around 20 years ago I was the CEO of a publicly listed company that I had founded 10 years earlier. I was working a lot, which means really a lot… 16 hours per day were normal for me and for 10 years I just worked every single day without a break – and was never sick. Except for a half day where I came later into my office.

From one day to another my body started to rebel against me. I had no clue what was going on but the symptoms were piling up in a matter of days.

I also couldn’t work my regular 16 hours anymore. After 10 hours I had to stop because I was so exhausted. It felt like someone pulled my power plug. Every day at a certain time I had to sit down and didn’t want to move anymore.

In the office almost no one noticed. I was still working 10 hours per day, which was more than most employees, but people close to me noticed the difference.

Some of them claimed to know that I was just burned out, after so many years with a lot of stress and no relax time. For me, this couldn’t be true, because I’ve never felt the stress – and actually just liked it.

I also told everyone that if it would be a burn-out, how could I suddenly from one day to another have those memory problems – or the 10-hour power-loss, almost always at the same time of the day?!

If I would be burned out, shouldn’t I just feel exhausted all the time? And not only after 10 hours of energetic work?

My hurting and stinging muscles and joints also did, in my opinion, not fit into any kind of psychological exhaustion.

Of course I went to many doctors. They examined whatever they could… and found absolutely nothing! They all told me that I was very healthy physically – and that there had to be a psychosomatic reason.

I even went to a famous university hospital (in Heidelberg, Germany) and tried to find out if I could have a genetic disorder. But no matter what I tried, all the doctors told me that I just might have worked too much – and should work less.

I didn’t want to accept it. Actually I even started to play tennis again while I had all the pain. I still remember vividly how my muscles did hurt, like someone would stab them with a knife while exercising. (No, it wasn’t just sore muscles!)

Finally one day a friend of mine found an article in a German magazine (Der Spiegel) about a disease called “Fibromyalgia”. After I read it I took a deep breath. Most of my symptoms were mentioned in the article. Unfortunately the disease was not well known in Germany. Almost no doctor had ever heard of it.

In the United States this disease was already considered a real disease, but not so in Germany.

To find out more about it I’ve ordered some books in the US and read a lot about the disease, but even in the US nobody knew where it all was coming from. At least some US doctors were successfully improving the conditions of their patients with vitamins and other supplements.

So I started to take high-dose vitamins and was taking ice-baths. It helped. After a while I got better – and better. Playing tennis also helped me. I’m no quitter and just tried to ignore the pain.

Overall it took me a year to get back to normal. I was unbelievably happy to have this episode of my life behind me.

And here comes the crazy part… My son developed very similar symptoms to what I’ve experienced – and when we finally found out that the (HPV) vaccine has caused it, I’ve also looked in my 18 year old vaccination booklet (which is mandatory in Germany).

And actually… in the months before my Fibromyalgia episode started I got the following vaccines:

Considering what happened to my son after the HPV and Hep-A vaccination I was thinking for the very first time, almost 20 years later, if my so called “Fibromyalgia” could also have been caused by vaccines.

I was shocked to find out that this was obviously the case! I never had any clue, no suspicion or whatsoever. When my Fibromyalgia symptoms got better at that time, I was only looking forward to my regained life.

To make this very clear here… I studied Physics and Chemistry. I’m not opposed to science or scientific work.

My whole family always did the flu shot and all other vaccinations. There was no doubt in my mind that vaccines are helpful for me, my family and society.

Still, all of this could be just a coincidence, but it’s very unlikely for at least two reasons:

I’m aware that this is still no scientific proof, but with many scientific studies available online showing that unvaccinated individuals are much healthier than vaccinated, it’s very likely that many autoimmune diseases (also Fibromyalgia) are caused by vaccines.

I’m totally convinced now! There is no doubt anymore about what caused my son’s and my injury. It’s vaccines – sold by companies which are only in it for the money.

Now I know – and try to warn others wherever I can!

PS: I also would like to mention that my conclusion here shows that it’s likely not the HPV vaccine itself, that is causing the autoimmune problems. I didn’t get an HPV shot, which wasn’t available at that time, but my son did. Nevertheless both of us got several shots of vaccines in a short amount of time.

Many scientists who are critical about vaccines consider the aluminum salt in vaccines as the reason for all the suffering.

PSPS: Some people might not like the headline of this article. In fact (and unfortunately) you reach more readers when your headline is sensational… I don’t like this fact either but I want to reach people. The more the better.

PSPSPS: Even if not the vaccine itself, but e.g. an allergy caused by vaccines would start the problems, there are still so many people having similar or worse symptoms. If the Big Pharma would be actually interested in our health, they would for sure try to investigate where it all is coming from. But they don’t do that… the reason is pretty easy to guess.