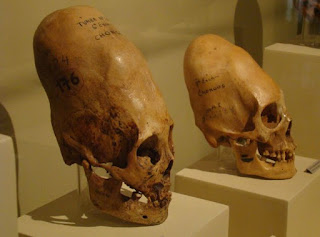 Do watch this recent report from Brian Forester.  It catches up five years of effort and gives us real DNA information.

Again, what is been detected is the identifiable human aspects of the DNA.  The rest supports at best a non earth origination.

There are two outstanding haploids.  The obvious is Ameride.  The other is from the Caucasus. This conforms to our known cultural history by way of Sumeria in which we identify the Nephilm as the ruling royal family who interbred with human women.  Originating from a tribe in the Caucasus their descendents inter married with women on the plains and as this propered, the cities sent out sea going exploration fleets which likely included colonists as well.

I do think that we are dealing with nephilm human hybrids able to at least either reproduce directly or to produce addional offspring with human women.  So far the presence and likely necessity of female mitrocondria is suggested.

The good news in this case is that we are dealing with one anomally and we have real DNA to work with.  There is a Bronze Age story here that powerrfully implies alien intervention to jump start outright civilization.  That is what the evidence is now telling us as it is been accumulated.

Add in the additional presence of the large unsual population in South Africa who was mining gold as well and our coultural tale is been confirmed as well.  The cultural information has consistenly told us where to look.