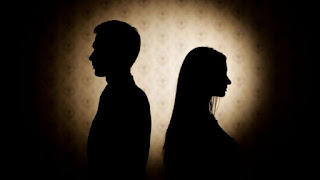 Jesus was responding to the practise of the times which had become ambiguous , not dissimular to what now occurs in our times.
In his time, the natural community was the dominant polity for most.  Restoration of all that will ultimately lead to a more equable divorce system than presently seen.
.Divorce has always existed out of blind necessity.  some folks should never marry and some are bent and most will make accomadation in order to make  it all work.  It can never be perfect but it can be optimized for all that.
At least many parents are able to hold it together to complete the child rearing process.  That is a plus.


Did Jesus forbid remarriage?
By Dr. Eli Lizorkin-Eyzenberg
-April 26, 2018
In the Gospel of Mark, Pharisees come to Jesus and ask him: “Can a man divorce a woman?” (Mark 10:1-12) In summing up his answer, Jesus states: “Whoever divorces his wife and marries another commits adultery against her, and if she divorces her husband and marries another, she commits adultery.” (Mark 10:12) This seems to be a statement that completely denies any legitimacy to divorce and remarriage altogether. But the Gospel of Matthew clarifies that this was not exactly the question asked.
Literally, no Israelite at the time of Jesus thought it possible that the Word of God given through Moses was completely wrong in permitting divorce at all (and they were right!). In fact, no one was debating if divorce was allowed, but rather how liberally (or not) it could be practiced. The Gospel of Mathew provides a fuller version of this question and therefore sets Jesus’ answer in its proper context. According to Mathew’s gospel, some Pharisees tested Jesus by asking him: “Can a man divorce a woman for any reason?” (Mathew 19:3-9)
The conservative Jewish approach understood “unfaithfulness”, “abuse”, or “abandonment” as the only valid grounds for divorce (Deut. 24:1-4; Exod. 21:10-11). This view was represented by the Pharisaic rabbi Shammai, while various more progressive Jewish interpreters argued that a man had the right to divorce his wife for any reason at all (Babylonian Talmud, Gittin 90a). The later view was represented by another Pharisaic rabbi named Hillel.
In other words, there were many illegitimate divorces granted in the Jewish community in the time of Jesus that were not consistent with God’s instructions in the Torah. It is in this divorce-for-any-reason environment Jesus is quoted as saying, “Everyone who divorces his wife and marries another commits adultery, and he who marries one who is divorced from a husband commits adultery.” (Luke 16:18, Mark 10:12)
If read in 21st century Christian context, it would seem that Jesus forbade all remarriage. If it is read in a first-century Jewish context, Jesus’ statement cannot be interpreted as a blanket statement condemning all remarriage, but only when illegitimate divorce was involved. When Jesus was faced with this question he rejected the idea taught by Pharisees of the house of Hillel (that divorce was permissible for any reason) and sided with both the Pharisees from the house of Shammai and the Essenes who taught the opposite.
Posted by arclein at 12:00 AM