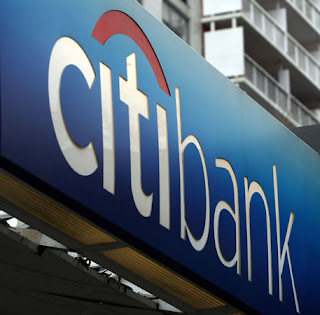 The surviving bank stocks in the are still pretty depressed and the apparent reductions in earnings were not gladly received recently.  The good news however, is that we are two years past the melt down and the succeeding reorganizations and uncommon impacts of the financial statements.  This item explains it all very well.

Thus we may expect general confidence to be restored to these stocks and that includes Morgan Stanley and Citibank.  They also are really good bellweathers for the reviving general economy.

The fact that they have a ways to go to achieve a comfortable price structure opens speculative possibilities for option traders in particular.

Looking Pretty in the Citi

It's easy to see why on the surface. Quarterly profits came in at $1.3 billion, or $0.04 per share. That's trivial even for this $5 stock and not enough to reinstate a healthy dividend likeJPMorgan Chase (NYSE: JPM) is talking about.

But dig a little deeper, and things actually don't look half bad.

This quarter's earnings were hit by a $1.1 billion accounting charge tied to the tightening of Citi's own bond spreads. This is the flip side of an asinine accounting rule that banks used to juice earnings during the credit meltdown two years ago. Back then, bankruptcy looked like a real possibility, and the value of banks' debt plunged. Assuming they could theoretically buy their own debt back on the cheap and book the difference as income, banks and their accountants went ahead and did so. Now that bank debt is increasing in value as the economy recovers, those phony profits are being reversed.

Without the accounting charge, Citi would have earned around $2.1 billion, or about $0.07 per share. That's $0.28 per share annualized, which works out to a roughly 6% earnings yield on its current share price. Assume a 50% payout ratio, and Citi could probably afford to pay a 3% dividend if these earnings keep up. Not bad.

It gets better. Citi's credit quality is improving at the speed of sound. Nonperforming loans fell 36% in the fourth quarter from the same period a year ago. Allowance for loan losses as a percentage of nonperforming loans -- the cushion for future losses -- stands at 209%, up from 114% a year ago. JPMorgan's comparable ratio is 190%. When Bank of (NYSE: BAC) reported results last quarter, its same ratio stood at 135%. When preparing for bad weather, Citi is in a league of its own among big banks.

And keep in mind how far these guys have come. It wasn't but two years ago that many, including myself, were sure Citigroup was toast. Now here it is earning more than $10 billion for 2010, making it one of the most profitable companies on the planet. Granted, this has been on the back of unprecedented bailouts and fiscal stimulus. But as CEO Vikram Pandit told employees yesterday, "A year ago, no one would have believed we would have been able to accomplish what we have." And he's absolutely right.

What to do if you missed the rally – "Investors are most bullish in two years," reports Reuters – yet they've yanked $100 billion out of stocks funds since 2009. If you missed the rally too, you must get back in – safely. Follow along as a professional invests $250k in a long/short portfolio of stocks, options, and ETFs. This is the first opportunity since June 2010, by invitation only. Enter email below.

Fool contributor Morgan Housel owns Bank of preferred. The Fool owns shares of Bank of and JPMorgan Chase. Try any of our Foolish newsletter services free for 30 days. We Fools may not all hold the same opinions, but we all believe that considering a diverse range of insights makes us better investors. The Motley Fool has a disclosure policy.