1962 Glass Could be Corning's Next Bonanza Seller 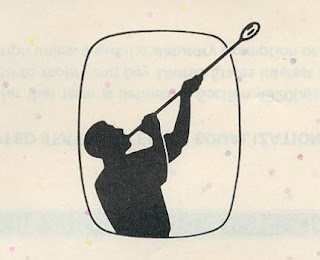 We sometimes need to be reminded that the ongoing materials revolution does not operate on internet time. This is something that a young researcher will always find hard to accept. The folks who did this work have long since left the game.

However, a firm such as Corning can make glass its specialty and never really abandon a line of research and be always ready to take another look. If they could actually shape this product, we suddenly have a super thin glass with the integrity of a strong plastic.

However we certainly want a television screen without a frame. This is perfect for assembling a holodeck style environment. Imagine tossing images up on the wall and watching a screen anywhere you want.


1962 glass could be Corning's next bonanza seller
by Ben Dobbin, AP Business Writer

CORNING, N.Y. (AP) -- An ultra-strong glass that has been looking for a purpose since its invention in 1962 is poised to become a multibillion-dollar bonanza for Corning Inc.

The 159-year-old glass pioneer is ramping up production of what it calls Gorilla glass, expecting it to be the hot new face of touch-screen tablets and high-end TVs.

Gorilla showed early promise in the '60s, but failed to find a commercial use, so it's been biding its time in a hilltop research lab for almost a half-century. It picked up its first customer in 2008 and has quickly become a $170 million a year business as a protective layer over the screens of 40 million-plus cell phones and other mobile devices.

Now, the latest trend in TVs could catapult it to a billion-dollar business: Frameless flat-screens that could be mistaken for chic glass artwork on a living-room wall.

Because Gorilla is very hard to break, dent or scratch, Corning is betting it will be the glass of choice as TV-set manufacturers dispense with protective rims or bezels for their sets, in search of an elegant look.

Gorilla is two to three times stronger than chemically strengthened versions of ordinary soda-lime glass, even when just half as thick, company scientists say. Its strength also means Gorilla can be thinner than a dime, saving on weight and shipping costs.

Corning is in talks with Asian manufacturers to bring Gorilla to the TV market in early 2011 and expects to land its first deal this fall. With production going full-tilt in Harrodsburg, Ky., it is converting part of a second factory in Shizuoka, Japan, to fill a potential burst of orders by year-end.

"That'll tell you something about our confidence in this," said Corning President Peter Volanakis.

"There's a wide range of views on how successful this product will be," said Deutsche Bank analyst Carter Shoop. "But I think it's safe to say that, in aggregate, people are becoming much more bullish. It's a tremendous opportunity. We'll have to see how consumers react."

DisplaySearch market analyst Paul Gagnon said alternatives "obviously scratch easier, they're thicker and heavier, but they're also cheaper." He estimates that a sheet of Gorilla would add $30 to $60 to the cost of a set.

It remains to be seen "whether this becomes a hit trend that propagates to other models and sizes or remains in the confines of a premium step-up series of products," Gagnon said.

"This is a fashion trend, not a functional trend, and that's what makes (the growth rate) very hard to predict," said Volanakis. "But because the market is so large in terms of number of TVs -- and the amount of glass per TV is so large -- that's what can move the needle pretty quickly."

Based in western New York, Corning is the world's largest maker of glass for liquid-crystal-display computers and TVs. High-margin LCD glass generated the bulk of Corning's $5.4 billion in 2009 sales.

By ramping up volume production quickly in a budding market, Corning is pursuing a well-worn strategy designed to keep rivals from gaining ground. Its patience is also well practiced. Executives know too well the gulf between inspiration and application is sometimes decades-wide.

Corning set out in the late 1950s to find a glass as strong as steel. Dubbed Project Muscle, the effort combined heating and layering experiments and produced a robust yet bendable material called Chemcor.

Then in 1964, Corning devised an ingenious method called "fusion draw" to make super-thin, unvaryingly flat glass. It pumped hot glass into a suspended trough and allowed it to overflow and run down either side. The glass flows then meet under the trough and fuse seamlessly into a smooth, hanging sheet of glass.

To make Chemcor, Corning ran the sheets through a "tempering" process that set up internal stresses in the material. The same principle is behind the toughness of Pyrex glass, but Chemcor was tempered in a chemical bath, not by heat treatment.

Corning thought Chemcor sheets created this way would be the material of choice in car windshields, but British rival Pilkington Bros. intervened with a far cheaper mass-production approach. And another Chemcor adaptation in photochromic sunglasses also fizzled in the retail market.

Fusion draw finally proved its commercial value when Japanese electronics companies, looking for slim sheets free of alkalis that contaminate liquid crystals, turned to Corning's soda-lime LCD glass in the 1980s. Corning rapidly turned into the world's biggest supplier of LCD glass for laptops and that business blossomed around 2003 when LCD technology migrated to TVs.

In 2006, when demand surfaced for a cell phone cover glass, Corning dug out Chemcor from its database, tweaked it for manufacturing in LCD tanks, and renamed it Gorilla. "Initially, we were telling ourselves a $10 million business," said researcher Ron Stewart.
With relatively low startup costs, Gorilla should generate its first profit this year. And now that production is back on, designers are again exploring using it in unexpected places, like refrigerator doors, car sunroofs and touch-screen hotel advertising.

Among the 100-plus devices with Gorilla are Motorola Inc.'s Droid smart phone and LG Electronics' X300 notebook. Whether Apple Inc. uses the glass in its iPod is a much-discussed mystery since "not all our customers allow us to say," said Jim Steiner, general manager of Corning's specialty materials division.

Since the Civil War, Corning has turned out a glittering array of innovations from railroad signals to Pyrex and auto-pollution filters to optical fiber. Allotting 10 percent of revenue to research keeps promising projects brewing at its Sullivan Park research hub on Corning's hilly outskirts.

Optical fiber is another example of an invention that took a long time to come into its own. In 1934, chemist Frank Hyde came up with a practical method of making fused silica -- an exceptionally pure glass -- in bulk, yet it wasn't put to use as optical fiber until the 1970s. Once there, it helped create the Internet revolution.

In his office lobby, Steiner showed off a 400-foot-long spool of flexible, 16-inch-wide glass that's as thin as a sheet of paper.