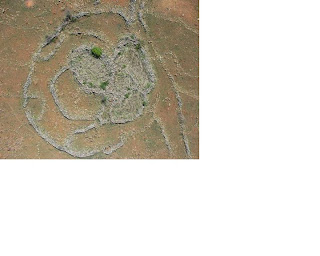 An interesting question in archeology that is been revisited by efforts around the structures in is the antiquity of ancient structures.  It is clearly a difficult one.
It begins with the reality that the human being has had the capacity to tip up stones and build monuments for as long as we have been around.  This presently works out to be optimistically as much as 250,000 years but for sure at least 70,000 years.
This means a stone monument could have been constructed deep in our past.  Yet the earliest we admit to are perhaps ten thousand years old put together by non agricultural peoples.  It could be that a stable agricultural base is a necessity.  Certainly that is one easy explanation for the lack of earlier sites.
A more reasonable explanation is site antiquity itself.  These sites were continuously used and consequently rebuilt until abandoned.  Thus the site would have been regroomed continuously.  This would remove past evidence.
Thus archeology discovers only a last period of use with any accuracy.
On top of this, most sites had no local habitation of significance, or sufficiently established to leave good garbage tips.  Recall the use of pigs to root through such tips.  All this makes dating problematic.
So it is not hard to imagine communities coming together annually and constructing a temple or monument, and then maintaining it every year for millennia.  We have not seen this behavior among hunter gatherers per se but we certainly have seen the establishment of sacred places with temporary constructs.
So we can make a reasonable assertion that stone constructs implies settled societies.  Yet any evidence will be concentrated in the last decades of that society’s presence.  There are exceptions, most notably in where it was as easy to make bricks as it was to work with failed bricks. Again it is an exception.
The moment we enter the jungle where early efforts actually occurred, it becomes way more difficult and we are simply not looking very well.
Posted by arclein at 3:48 AM

Great blog, with some interesting posts! I’ll have to come back here more often to absorb all the data.

You may find the alternative theories, concerning the ancient African stone formations, worthy of note. Have a look at my latest post http://tia-mysoa.blogspot.com/2010/08/unravelling-mystery-of-south-africas.html