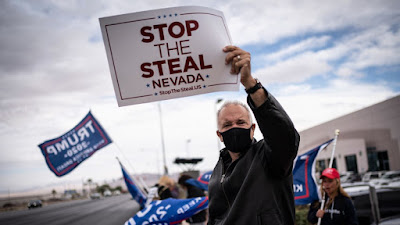 It is abundently clear that elections are stolen and have been for decades, particularly by the DEMs. The game has gone on from a few rotten bouroughs to actual state level fraud.
The traditional closeness of the popular vote at the presidential level election after election is likely impossible and more likely reflect the BUY driving it.  Jusy enough is good enough.
Thje absurdity of it all blew up in 2020 when they simply could not hide it anymore.  Lies aside, Trump had enough to win in 2016. He had completely disproven the naysayes in 2020 and had an overwelming landslide that could only be changed by truckloads of illegal ballots.
Read thdeough this to know how the steal was done.