Leprechauns and the Big Bad Wolf 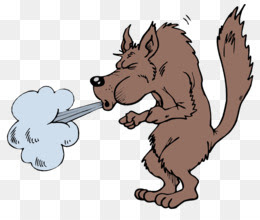 Leprechauns and the Big Bad Wolf

The big take home is that the Big Bad Wolf also known as Giant sloth is as real as a wolf, but vastly better at projecting images and blocking your vision.  The other take home is that the so called little people also exist and likely consume rabbits and other small game.  both have left fossils so denial becomes impossible.

We have had both in our folk lore going back to the first work that saw these oral tales been written down.  Most other creatures are pretty identifiable and we can actually including  giants which certainly did exist and trolls which simply sound like a wildman.

More to the point, both the leprechaun and the Big Bad wolf exists in the fossil record as Floriensis and the Giant sloth.  I also have ample reason to consider both globally distributed.  There are a lot of them both.

It turns out that they can make us not see them or if necessary, make us see something else.  Other critters have this talent, but the giant sloth is best by far.  Once you get your mind around this key possibility, then it is easy to read reports and spot it even happening.

i have read several reports in which a creature ( Giant Sloth ) projected not deer ( common) little red riding hood or a child at least and even once a spanish conquestador in Georgia.  I suspect black eyed children are current versions of little Red riding hood acting as a lure.

The Sloth is very much a Big Bad Wolf and weighs several times as much as any wolf.  We are not at war with them but they are still opportunists at best.  They rely on deer and now pigs surely..

The leprechaun is noted in Ireland and also along the Appalachians or atlantic seaboard.  inasmuch as this geography is that of the thousand year European Bronze Age, there  may even be linkage.  however thay are elsewhere anyway and we just do not see them and any spoor looks like that of a human child.

all these creatures make full use of the wild wood day and night.  We do not and rely on open fields.

.I do think that there vis a great lecture in all this.