There have been 11 convictions in Scioto County for federal child sex trafficking. 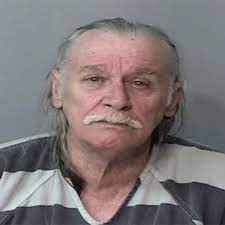 we need to see items like this because it shows us the unexpected scope of the underlying criminal compulsion.  just how do you get to this place and just how do you use drugs to influence and control those around you?
suddenly we have a cell of crazytown in which no one can stop it all and even participate willingly in the cover up.  No one seems to even run away but that seems unlikely since they all got caught.
I am so used to expecting a single seriously bent individual and finding that one bent person can infect others with the same infection is surprising.  This may well be why it is much bigger than just singlets doing their thing.
There have been 11 convictions in Scioto County for federal child sex trafficking.
In June 2020, a federal grand jury indicted Larry Dean Porter, 71, of Wheelersburg, Ohio, and numerous of his family members and colleagues. Porter traded drugs obtained in Columbus and abroad for sexual access to drug-addicted moms’ children.
Porter and nine of his co-defendants have pled guilty to federal charges since then.
Following a trial in Columbus that was completed last week, a jury also convicted the final co-defendant, Joshua Aldridge, 38, of South Webster, Ohio, guilty. Aldridge brought child victims to Porter’s residence in exchange for illegal substances from Porter. He was convicted of sex trafficking children and sex trafficking adults by force, all of which are punishable by up to life in prison, as well as sex trafficking children, which is punishable by at least 15 years and up to life in prison.
Agents from the FBI’s Child Exploitation Task Force began investigating Porter in April 2019 after receiving allegations from many sources that Porter was sexually assaulting male and female juveniles with the approval of the minors’ parents in exchange for street drugs.
Porter sexually molested children and created child pornography, which he kept on flash drives and concealed by burying the flash drives in the yard surrounding his residence.
He frequently urged drug-addicted parents to sexually abuse their own children and record it for blackmail purposes. Porter reportedly used various forms of coercion, including duct taping and tying women to chairs, burning them with cigarettes, and shooting guns past their ears.
For example, two co-defendants regularly brought a seven-year-old child to Porter’s house to traffic the youngster sexually in exchange for drugs. For up to five years, the abuse occurred a couple of times per week.
Porter was arrested on local charges in March 2020 during a human trafficking sting operation conducted by the Jackson County Sheriff’s Office.
Porter’s friends and relatives, including two of his daughters and one of his cousins, attempted to destroy evidence on his behalf when he was arrested locally.
His daughters, for example, dug trenches in the dirt on Porter’s property in order to retrieve and conceal or destroy SD cards containing child pornography that had been hidden in Porter’s yard. At the home of one of Porter’s associates, agents discovered eight DVDs containing Porter’s child pornography. Porter’s cousin outlined their plans to assault and perhaps kill a witness they believed was a source for law enforcement during jail talks with Porter.
On August 10, Porter pleaded guilty to conspiring to engage in sex trafficking by force, fraud, or coercion, child sex trafficking, and participating in a narcotics trafficking conspiracy. Porter’s plea agreement calls for a minimum of 15 years in jail and a maximum of 55 years.
The Court will schedule future sentencing dates for each defendant, and the Court will impose sentences based on the advisory sentencing guidelines and other statutory factors.
Posted by arclein at 12:00 AM