How Much Gold Is There In The World? 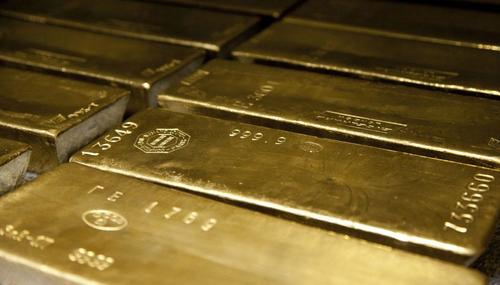 When we opened up global gold mining by freeing gold to actually trade back in hte seventies we had about 100,000 tons od gold in existence.
Put this is perspective. That 100,000 tons represents all the gold mined globally for  five thousand years.  almost none of it has been lost or somehow consumed during all this time. This wonderful achievement is due to the extraordinary characteristics of gold.
Those same characteristics allows gold to be accumulated by nature.
A full out modern mining drive has since then liberated most of an additional 100,000 tons.
.
This is still not a lot of gold.  My point is that it is never going to be too much.  And as a miner, i can assure you we do have too much of every other metal hte moment we apply ourselves.  Just double the selling price for five years.
To almost double the global supply of gold, we increased the price one hundred fold over fifty years.
We are also mining bulk ores right down to natural cut off levels or to the point of chemical extractiion limits.  That means there is another five dollars in gold in the tailings we cannot recover.
How Much Gold Is There In The World?
BY TYLER DURDEN
FRIDAY, OCT 29, 2021 - 06:30 AM
Via SchiffGold.com,
How much gold is there in the world?
The simple answer — not much!
https://www.zerohedge.com/commodities/how-much-gold-there-world
Scarcity is one of the characteristics that give gold value.
Consider gravel. It’s everywhere. You walk over it and don’t even pause. But if you spot a gold nugget on the ground, you can take that to the bank — literally.
You’re probably vaguely aware that gold is scarce, but how little gold actually exists in the world might surprise you.
According to the World Gold Council, the best estimates suggest that as of the end of 2019, around 197,576 tons of gold had been mined throughout history. About 2/3 of that total was pulled out of the ground since 1950.
If you took every ounce of gold in the world and packed it into a cube, it would only measure about 21.7 meters on each side. That’s just a little over 71 feet, about as tall as a seven-story building.

To look at it another way, if you formed all of the gold ever mined into 400-ounce bars and stacked them on top of one another, the stack wouldn’t even reach the Statue of Liberty’s waist.
Since gold is virtually indestructible, pretty much all of that gold is still around in some form or another.
Each year, global gold mining adds approximately 2,500-3,000 tons to the overall above-ground stock of gold.
Estimating how much gold remains in the ground is a difficult task. Analysts say known reserves total about 54,000 tons.
What remains is increasingly more difficult to mine.
Mine output plunged in 2020 due to the coronavirus pandemic, but gold production had already plateaued prior to COVID-19. After flat-lining for several years, gold mine output fell by 1% in 2019. Although that year marked the first absolute decline in gold production since 2008, it continued a general trend of falling mine output. Gold mine production was up a modest 77.72 tons between 2015 and 2016, 33.92 tons between 2016 and 2017, and just 28 tons between 2017 and 2018.
Historically, mine production generally increased every year since the 1970s. There was a drop in production in 2008, but that was something of an anomaly, as it occurred at the onset of the 2008 financial crisis. The recent slowdown in mine production is more concerning. In fact, some have speculated we may be at or near “peak gold.” This is the point where the amount of gold mined out of the earth will begin to shrink every year. Some prominent players in the mining industry think we’re close to that point.
Whether we’ve reached peak gold or not, many analysts think the gold industry may well be entering a long-term — and possibly irreversible — period of less available gold. As mining companies find it more difficult to pull gold out of the earth, it will mean less gold for refiners to produce for the consumer market.
Posted by arclein at 12:00 AM