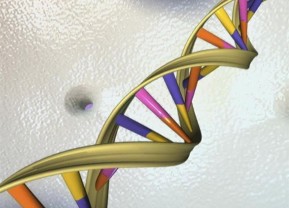 This is another huge advance and we really are coming close to the day when we see the backside of the cancer problem once and for all.  This maps the common pathways and discovers that for most several things must go wrong genetically.  The empirical data hinted at just this as most victims were often merely more exposed.

The take home of course is to live a life that generally avoids or at least limits exposure to various toxins.  Perhaps easier said than done but still plausible for most.  The bad news is that it starts with learning how to not overindulge.  Good luck on that unless you already have gun  to your head.

I have never been a fan of fanatic regimens because our body is well able to rest almost everything and makes some use of most everything and in fact thrives of trying everything.  It is excess that can bite us unless indulged extremely rarely allowing a full recovery.

LONDON (Reuters) - Researchers in Britain have set out the first comprehensive map of mutational processes behind the development of tumours - work that should in future lead to better ways to treat and prevent a wide range of cancers.

In a study published in the journal Nature on Wednesday, researchers who analysed more than 7,000 genomes, or genetic codes, of common forms of cancer uncovered 21 so-called "signatures" of processes that mutate DNA.

"(This) is an important step to discovering the processes that drive cancer formation," said Serena Nik-Zainal of the Wellcome Trust Sanger Institute who worked on the research.

"Through detailed analysis, we can start to use the overwhelming amounts of information buried deep in the DNA of cancers to our advantage in terms of understanding how and why cancers arise."

All cancers are caused by mutations in DNA occurring in cells of the body during someone's lifetime.

But they have yet to figure out the biological processes that cause mutations behind most common cancers.

"We're beginning to know quite a lot about what the consequences of those mutations are. But actually we have a really rudimentary understanding of what is causing the mutations in the first place," said Mike Stratton, the Sanger Institute's director and the lead researcher on this study.

"And after all, the things that are causing those mutations are the causes of cancer."

The team analysed the genetic codes of 7,042 cases of cancer in people from around the world, covering 30 different types of the disease, to see if they could find patterns, or signatures, of mutational processes.

They discovered that all the cancers contained two or more signatures - a finding that shows the variety of processes that work together when a cancer develops.

And some signatures are found in multiple cancer types, while others are only found in one type. Out of the 30 cancers, 25 had signatures from mutational processes linked to ageing.

In a suggestion of what might be behind many common cancers, the team also discovered that a family of enzymes called APOBECs, known to mutate DNA, was linked to more than half of the cancer types studied.

APOBECs can be activated when the body is responding to a viral infection. The researchers said it may be that the resulting "signatures" are collateral damage on the human genome caused by the enzymes acting to protect cells from viruses.

Stratton described the results as like uncovering the "archaeological traces" of the many mutational processes that lead to most cancers.

"This compendium of mutational signatures and the consequent insights into the mutational processes underlying them has profound implications for the understanding of cancer."