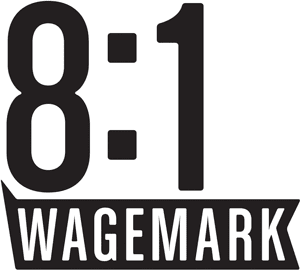 The real question is just what took so long.  CEO’ have grossly leveraged their positions during the past three decades to absurd heights and even generally avoided a lot of risk while at it.  This has led to gross salary acceleration in a wide range of government and monopoly situations where the high price paid was seriously unnecessary and avoidable.

I would add one other condition to this eight times rule.  A great leader sometimes needs to be recruited.  In that case, a five year super contract can be warranted with clear objectives.  For example, I suspect that I know just how to convert Facebook into the richest single company of earth.  In that case a reasonable reward should entail a significant ownership position locked in immediately, but discharged in five years on meeting specific minima that reflects a clear change of the corporate trajectory.

Such an arrangement would have worked for any great leader past and future.  What has happened is that mediocre leaders are happily using these precedents to beg their own private greed.  It has now become obscene.

Understand something.   If I am paid 50 mill cash, my core problem over the next year will be to properly invest that money.  If I had no conflict before, I immediately have a huge one.

From Canada, a New Gold Standard

Typical employees at Goldman, of course, didn’t take home anything near that $383,374. Bank clerks nationally only average $24,100 a year. In 2012, Goldman CEO Lloyd Blankfein took home $26 million. This means he’s making over 1,000 times that of the lowest paid Goldman Sachs employees.

What can we do to reverse this trend toward ever-wider pay gaps? Toronto-based public policy analyst Peter MacLeod has one idea. We need, he says, to start “naming and normalizing” a more rational and equitable standard for who gets what.

We need, in effect, to start honoring enterprises that practice fair pay and stop rewarding — with our consumer and tax dollars — those enterprises that are making our societies more unequal.

To gain Wagemark certification, enterprises must pay their top earner no more than eight times the pay of their workforce’s lowest-paid 10 percent.

This 8-to-1 standard may seem hopelessly utopian in a world where corporations routinely pay executives hundreds of times what they pay workers. But at least 90 percent of all businesses, MacLeod tells me, are currently operating “in a 15-to-1 or better universe.”

The “most conspicuously equitable” of these small- and medium-sized employers make up the initial core of Wagemark-certified organizations. Some of them — like the Bellwoods Brewery — already enjoy widespread name recognition in Canada, and this spring Wagemark will be announcing many more.

Wagemark-certified companies, nonprofits, and public agencies have all had an independent accountant confirm that their organization meets the Wagemark eight-times standard.

The word about Wagemark’s certification process is beginning to spread well beyond Canada’s borders. In Denmark, the nation’s largest newspaper gave Wagemark front-page coverage that sparked a week of national media dialogue about equity and pay.

Scandinavians, Peter MacLeod would learn from this discussion, “don’t find the 8-to-1 ratio particularly radical.” And Americans back in the middle of the 20th century, he adds, wouldn’t have considered an eight-times standard all that radical either.

Back then, even the largest American corporations seldom had pay divides between top executives and workers that went wider than 30-to-1. And America prospered. With a relatively narrow corporate pay gap in place, a mass middle class, the world’s first and finest, took root.

Our cultural pay paradigm — how we value workers and their work — has almost totally changed since then. Pay differentials that would have seemed unconscionable only a few decades ago now are business as usual.

Reversing this inequality “is going to take pressure from a lot of different directions,” MacLeod stresses. The folks at Wagemark see their work as a complement to campaigns for minimum and living wages and the drive to make tax systems more progressive, he says.

The Wagemark team has no illusions about Fortune 500 companies getting in line anytime soon to apply for its 8-to-1 ratio certification. But they do see Wagemark really helping to turn up the heat on corporations that continue to brazenly manufacture inequality.

Wagemark hopes to work with city officials, for instance, on incorporating pay ratios into the government procurement process, by giving firms that meet the Wagemark pay ratio standard a leg up in the contract bidding process.

“We’re really excited about starting small at the municipal level and then expanding,” MacLeod says. “Check back with us in five years.”

That is fine and dandy for someone to come up with a ratio in THEIR head of 8 to 1, that THEY like, but THEY did not START the business, STRUGGLE with the business all through the lean years, having to decide what to do and how to do it to GROW the business, and face hurdles and GOVERNMENT RED TAPE and pay year after year of rising TAXES, but if I were the one to do that, for decade after decade, you can bet I would want to have more than 8 times the average of the lowest paid workers, who might be so barely functional nowadays, thanks to the IDIOTIC PUBLIC SCHOOL SYSTEM, the mailroom clerk or janitor or secretary WHO AGREED TO TAKE ON THE JOB FOR THE WAGE PRICE OFFERED, (in this free market we have) may be ONLY capable of handling the few tasks assigned, while I would be the one having to LEARN AND KNOW HUNDREDS of tasks, all the while having the WEIGHT of the decision making on my shoulders that could seriously affect dozens, hundreds, or thousands of employees.

I would NOT want my hard earned and hard won success to be limited by some outsider's 8 to 1 ratio, that would be set by those newly hired unskilled workers, when I would DESERVE to be better rewarded for my greater skill.

If people do not want to work for others who are succeeding in the top of their business, then GO START YOUR OWN BUSINESS, and RUN IT the way YOU want, but don't go running OTHER PEOPLE'S BUSINESS!