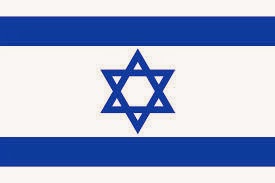 Let me explain something.  I have no reason to expect Iran to adhere to any such treaty unless it renounces genocidal attacks on Israel and seeks rapprochement.  Any such treaty is a scrap of paper whose sole purpose is to defuse international resistance to Iran arming itself with such weapons until they can be deployed.

Israel has no choice but to be hardline while is allies play appeasement because they cringe at the costs.

My problem with atomic bombs in the hands of an End of Times clergy who calls the shots is that they can easily rationalize the destruction of New York and London and the murder of twenty million human beings.  I really prefer to shoot mad dogs first and discuss peace second.  It is safer and would have spared sixty million dead in WWII.

All Iran has been seen to do is to pony up a more pleasing horse trader to date after beating us up for years with that insufferable Amandinijan.

'Israel is not obliged by this agreement and Israel will do everything it needs to defend itself,' says defiant Netanyahu
- Jacob Chamberlain, staff writer
November 8, 2013

http://www.commondreams.org/headline/2013/11/08-1
As international hopes rose around the possibility of successful talks on Iran's nuclear program in Geneva on Friday, Israel's Prime Minister Benjamin Netanyahu had a message for the world: No, no, no.

"Israel is not obliged by this agreement and Israel will do everything it needs to defend itself, to defend the security of its people," Netanyahu said in one of two videos released to reporters ahead of talks with U.S. Secretary of State John Kerry at Ben Gurion airport that took place Friday morning. Many interpreted the comments as the latest in a series of veiled threats about Israel's desire to strike militarily against Iran.

Watch:
Though not perfect, numerous diplomatic experts and observers are calling the brewing deal a potential best hope for de-escalating the threat of a dangerous military confrontation in the region. Netanyahu, however, said his country would not be bound whatsoever by the agreement, which he called a "monumental," "grievous" and "historic" mistake.

"This is a very bad deal. Israel utterly rejects it," Netanyahu said.

Netanyahu was referring to information he had received coming out of the ongoing talks in Geneva between the P5+1 group of Britain, China, France, Russia, the United States and Germany with Iran over its nuclear program, although no official announcement of a deal has been made.

Though no official statements on the details have yet emerged, Iran’s Foreign Minister Mohammad Javad Zarif has said that a joint statement on the framework of a nuclear deal could be issued as early as Friday. Other reporting suggests that though progress has been made, the high-level talks may continue into the weekend before a deal or framework is announced by the parties.

Netanyahu's comments represent the continued hostility of the Israeli government towards Iran's nuclear program. Though Iran has repeatedly claimed its nuclear program is for power generation and medical research purposes only, Israel refuses to acknowledge its own nuclear arsenal. Unlike Iran, Israel has never signed the Nuclear Non-Proliferation Treaty.[ making it the only non-hypocrite at the table – arclein ]

Following his meeting with Kerry, Netanyahu showed no signs of backing down from his hawkish stance, but criticism of his remarks were proliferating. As Ian Black, Middle East editor for the Guardian, reports:

Israel's ill-tempered opposition – even before anything has been formally agreed – looks set to further strain its already tense relations with Washington. "Netanyahu unwise to challenge US so openly/dismissively on possible Iran nuclear deal," tweeted Nicholas Burns, a former senior US diplomat. "Netanyahu's outburst was a serious tactical error." The Israeli prime minister has taken a hard line on this issue for years, so it is no surprise he is taking the news badly. It is still hard to imagine, however, that Israel would attack Iran – even if it has the military capability to do so alone – while a prolonged and internationally backed agreement is in place.

Kerry did not make a statement before he left Israel for Geneva, though the White House pushed back, at least mildly, against the Israeli Prime Minister by saying that any criticism of the deal is "premature," because no deal yet exists.

Upon his arrival in Geneva, Kerry told reporters that he was hopeful that a deal could be made. But, he added, "I don't think anybody should mistake that there are some important gaps that have to be closed."

Late in the day Friday, according to the Guardian's live reporting from Geneva, the closed-door talks were heading into their second hour.

How about every Time Israel Says No, the U.S. Remove one more Nuke Weapon, and cut $50 Million more in Welfare support Aid to the Jewish Fifedom...

Deep down I think Israel's issues are about a widespread lack of foreskin.