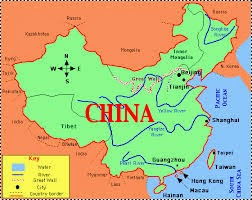 I expect that these pending reforms will be extremely important and will warrant extensive review and consideration.  The original reforms worked but like all systems have become creaky.  It is certainly time for this.

The question right now is just what will change.  Sometimes minor things are way more important than anything else.  In my mind in 1978 Deng’s decision to send 10,000 students per year to USA colleges alone guaranteed the result.   Of course it was a mixed blessing but it effectively jump started the Chinese capitalist reformation however much it remained a servant of the party and the military.

Today we struggle with the usual antique nationalist aspirations of both China and the USA making both parties nervous.  Chinese consolidation and American resurgence will quickly end that and both are now inevitable.

BEIJING: China's ruling Communist Party will hold its key leadership meeting here on Saturday to unleash a new "wave of reforms", stated to be the biggest in over three decades after the country moved away from Mao Zedong's "chaotic class struggle" to market-oriented policies.


The 18th plenum of the Party comprising 376-member Central Committee, one of its highest policy bodies, would hold its four-day meeting under the leadership of President Xi Jinping to deepen economic reforms and to halt the slide of the world's second largest economy which fell from double digit growth rates to around 7% in the last two years.


While official media was abuzz with impending wave of reforms, experts say plenums in the past acted as launch-pads for many of China's major reforms.


The leadership headed by Xi is working on a 'master plan' to unveil at the plenum, which will be largely devoted to provide ideological direction to economic reforms for the next five years.


This year's plenum is being billed just as significant as the one in December 1978 that marked the start of market-oriented reforms in China over three decades ago under Deng Xiaoping, who succeeded Mao and reversed the ideological course of China. Not much resistance was expected for reforms unlike in Deng-era as he had to contend to remove resistance from hardliners headed by Mao's widow Jiang Qing who was ousted.


On the contrary, Xi who emerged as the strongest leader in recent decades is expected to have smooth sailing as any left-wing resistance to reforms was ironed out with the ouster of disgraced party leader Bo Xilai who was sentenced to life recently for corruption and misuse of power.


Since taking over this year, Xi is pushing for more reforms as China's economy struggled to meet the 7.5% official GDP target this year. New leadership asserts that reforms are necessary to avert a Soviet style collapse of the Communist system in China.


The Strategic position is as follows;

The Chinese middle class is asserting interest and influence over the fabric of decision making.
Chinese economic linkage is expanding globally to everyone’s natural advantage but also powerfully contains China’s behavior.
China is now facing a demographic collapse of the available man years while the value of each man year will jump sharply.  This means aggressive outsourcing into South Asia generally even over the next few years.
The centralization of the Security is disturbing however.

Otherwise they are in the market to do business’

China: The Next Phase Of Reform

The commitment and ability of China’s leaders to follow through on new policies and to meet rising expectations will be tested as they strive to balance competing social, economic, political and security challenges. Three decades ago, China embarked on a new path, creating a framework that encouraged the country’s rapid economic rise. The successes of those policies have transformed China, and the country’s leadership now faces another set of strategic choices to address China’s new economic and international position.

The much-anticipated Third Plenary Session of the 18th Communist Party of China Central Committee concluded Nov. 12 after four days of closed-door deliberations among top political elites. The full document containing the policy proposals will not be released for days or even a week, but the initial information suggests China’s leaders are seeking more significant changes in their policies to try to stay ahead of the challenges the country faces.

According to the communique broadcast by state mouthpiece China Central Television, important policy changes include the establishment of a committee to guide the country’s comprehensive reform agenda, the establishment of an integrated National Security Committee responsible for coordinating public safety and national strategy, and the easing of the country’s 33-year-old family planning policy to allow more couples to have a second child. The communique also stressed that Beijing is committed to carrying out comprehensive economic reform over the next decade in accordance with China’s economic, social and political transformation.

In light of China’s imminent demographic imbalance, the changes to family planning were expected. The country’s massive pool of cheap labor previously underpinned its economic and social transformation, but as China prepares to transition toward a consumer-based economy, its aging population is a problem.

No details have been given on the structure of the National Security Committee. The goal was to merge different institutions in charge of diplomacy, security, military and intelligence into a coordinated agency under the authority of the president. However, the decision — which is far more than an institutional change – came after a re-evaluation of China’s internal and external security environment and of the country’s emerging role in the international community. Beijing recognizes the need for a more delicate and coherent team to handle the country’s strategic issues and pursue its national interests.

China is now at a turning point. The country’s economic growth has firmly cemented Chinese businesses and national interests around the globe. It has raised the living standards, but also the expectations, of China’s citizens. There is a growing sense of Chinese patriotism that exists beyond the confines of the Communist Party. The emerging educated middle class has traveled the world, has seen multiple systems in action and is taking a greater interest in local and national political decisions. Modern forms of communication such as social media give Chinese citizens the ability to rapidly share successes and grievances across the country, to identify and single out cases of political corruption and to more actively keep the Party and leadership under scrutiny. At the same time, the expanded Chinese imports of raw materials and exports of commodities have substantially expanded China’s active foreign interests, requiring a more nuanced and potentially a more activist foreign policy.

Beijing wasted no time ratcheting up public expectations over its reform agenda prior to the meeting. Proposals included financial liberalization, the restructuring of state-owned enterprises, the readjustment of fiscal structures between central and local government, steps to counter official corruption, the expansion of property taxes and pricing reform. At the same time, top leaders were busy setting expectations for a new economic transformation. This led many to believe that the meeting would bring the country to the next stage of economic prosperity and social development, like Deng Xiaoping did in the post-Cultural Revolution meeting in 1978.

Admittedly, China has moved well beyond the massive economic mismanagement and social disorder of the post-Cultural Revolution period. However, the inevitable loss of the demographic advantages that sustained the country’s economic miracle, combined with the prevailing social inequality and regional disparities as well as the rising political awareness of the middle class, mean the new leadership is facing even greater challenges to preserve its legitimacy. Doing so requires a constant commitment by political leaders to respond to China’s changing internal and external environments. It also requires a path toward reform that meets public expectations while overcoming anti-reform elements.