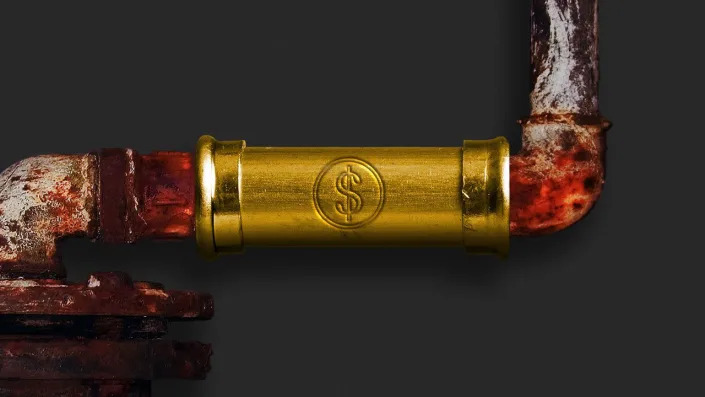 I am continuing to track the global currency reformation underway this past year.  I at least knew this was a thing.
It is nice to see a key component break water and become visible.
I expect to see a completely new currency regime which naturally abandons criminal US cash reserves. This is obviously important and powerful folks are opposing this.


Banks and regulators around the world have managed to replace the plumbing of the entire financial system, even as almost nobody has noticed.

Driving the news: As of Monday, Libor — the interest rate that once underpinned some $300 trillion in financial contracts from derivatives to corporate credit lines — will effectively be dead.

Get market news worthy of your time with Axios Markets. Subscribe for free.


Why it matters: The easily-manipulable Libor was at the center of one of the biggest scandals in the history of finance, which came to light back in 2012.


Banks racked up some $9 billion in fines and a number of traders received prison sentences.


Libor has now been replaced with much more solid and reliable benchmarks.


Trillions of dollars of loans and derivatives were traded based off Libor, which meant that if traders could — illegally— push it up or down by even a few hundredths of a percentage point, they could make enormous sums of money.


Because Libor was generated by surveying banks and asking them what their interbank lending rates were, it was easy for the banks to lie in the direction that would make their traders the most money.

Where it stands: Libor is being replaced by a suite of new products — Sonia for British pounds, Tona for Japanese yen, Saron for Swiss francs, and so on.


The U.S. dollar is the only currency that will still continue to publish an official Libor rate, but even that will only be used for legacy loan products. All new loans will have to be priced off something else. A long-standing but less famous benchmark called SOFR, which is published by the New York Fed, is the leading replacement.

Between the lines: Switching over from Libor to the new benchmarks was a massive undertaking. The world's financial markets couldn't just shut down for planned maintenance and come back refreshed on Monday morning.


Instead, deeply embedded infrastructure needed to be replaced while it was still being used intensively.


Even the Federal Reserve, which led the charge to end Libor in the U.S., ended up using the old benchmark for its pandemic-era Main Street Lending Program.

The bottom line: The Libor days are over. It's a testament to hard work at thousands of companies — exacerbated greatly by the pandemic — that nothing broke during the transition.😉
Posted by arclein at 12:00 AM