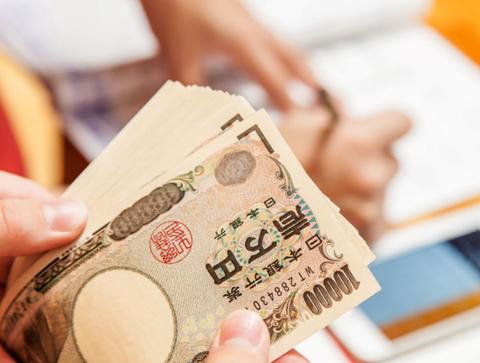 This is hardly special to Japan. In fact, i noticed this in north america decades vago. It has only gotten worse.  Manipulation ranges from direct subsidy to switching out components.  Recall that in many jurisdictions, salaries and government pensions have an inflation adjustment.
This manipulation allows it to seriously lag.  This past two years we have seen a robust lift in food prices with little index adjustment.  Expect that to now change.
Fortunately the faux pandemic and supply change manipulation is about to disapate.  This means global production will ramp up and those supply chains will be well flooded.  THe WAR is ending.


Taiki MuraiGunther Schnabl
https://mises.org/wire/japans-inflation-hidden-behind-central-bank-financed-subsidies
Whereas inflation rates in the US and Europe have risen steeply in the course of 2021, consumer price inflation in Japan stood at 0.1 percent for October 2021 (figure 1). Also, Japan's producer price inflation of 8 percent lagged far behind the US and Europe. Even more, Japan's extremely low inflation has persisted for more than thirty years—despite an extremely loose monetary policy and soaring government debt. There are three reasons for Japan's "inflation miracle."
First, Japanese companies have been able to keep prices low because the costs of capital and labor have fallen significantly since the bursting of the bubble economy in the early 1990s. The Bank of Japan's prolonged loose monetary policy has lowered the average interest rate on corporate loans from 7.5 percent in 1991 to 0.75 percent recently. Public loan guarantees have depressed risk premiums on loans. Unlike in the euro area, Japanese companies do not have to pay negative interest on their deposits with banks.
Figure 1: Inflation in Japan, USA, UK, and Germany

Source: Eurostat; Japan Ministry of Internal Affairs and Communications; Bureau of Labor Statistics; UK Office for National Statistics.
In addition, Japan's permanent crisis has weakened the bargaining power of employees. Labor unions were willing to compromise in wage negotiations in order to prevent unemployment. The proportion of precarious workers (especially young people, women, and pensioners), working without union ties, has risen from 20 percent in 1990 to 37 percent in 2020. Since the Japanese financial crisis in 1998, private sector wage levels have fallen by 12 percent.
Second, the Japanese government has kept the prices of many goods low through the generous provision of subsidies to a wide range of industries. According to estimates by the Washington International Trade Association, over 40 percent of Japanese farmers' income comes from the government. Generous aid to rice farmers has contributed to the substantial decline of rice prices. Also, wheat, soybeans, buckwheat, and rapeseed (also used as animal feed) are subsidized. Food accounts for 26 percent of the consumer price index.
Other relevant subsidies can be found in rail transport, which plays a vital role in densely populated Japan. The prices for public transportation have remained stable for a long time. So have the prices for education as government aid has pushed down school and university fees since 2009. Demand for cars has been repeatedly boosted by subsidies—most recently for electric vehicles—so that car prices have remained largely constant since 1990. Fast-growing government contributions to the health care system have dampened health care price increases. Prices for water and electricity, which are controlled by the government, have risen only moderately. In response to the recent steep rise in gasoline prices, the Japanese industry minister Koichi Hagiuda has announced subsidies for gasoline wholesalers.
Overall, at least 50 percent of the consumer price index appears to be government controlled, which is reflected in the significant growth of government spending on subsidies (figure 2). According to our estimates, subsidies have grown by an average of about 3.5 percent per year since 1990. The growth was particularly strong in crisis years. In the coronavirus year 2020, central and local governments subsidies (excluding subsidies for the pension system and social security) peaked at about ¥78 trillion (about €600 billion), or about 15 percent of gross domestic product.
Third, by keeping long-term interest rates well below those in the US, the Bank of Japan has maintained persistent capital outflows from Japan equivalent to $127 billion on average per year since 1990. If this huge amount of capital had remained in the country and had been spent domestically, inflation would probably have been much higher. An increase of property prices, for instance, would have pushed up housing costs, which have remained mainly constant since the second half of the 1990s.
Figure 2: Japanese Government Subsidies (Central and Local Governments)
Source: Japanese Ministry of Finance. Estimates exclude subsidies for the pension system, social spending, and disaster relief.
Thus the government has been only able to keep inflation low because the Bank of Japan has provided backing by buying government bonds. As the central bank–financed direct and indirect subsidies have helped to keep inflation below the official inflation target of 2 percent, the Bank of Japan has justified its own government bond purchases by making more debt-financed government subsidies possible. The downside is that Japan's government debt as a share of gross domestic product has risen from 67 percent in 1990 to 266 percent in 2020, with the Bank of Japan holding about half of the outstanding government bonds.
The Japanese model of hidden inflation control via a close cooperation of the government and the central bank could soon be adopted in Europe, where some euro countries such as Spain and France have already launched energy subsidies in response to hiking energy prices. However, this hidden inflation does not prevent the loss of purchasing power that is widely attributed to consumer price inflation.
In Japan, the loss of purchasing power has materialized in falling nominal wages, lack of interest on savings, and capital flight. Additional risks for the decline of economic welfare have emerged from the zombification of Japanese corporations, as reflected in declining productivity levels, under the persistently loose monetary policy of the Bank of Japan. Therefore, the Japanese model of hidden inflation control would not be a wise economic policy for taming the high inflation which can be currently observed in Europe and the US.
Authors:
Taiki Murai
Taiki Murai is research assistant at the Institute for Economic Policy of Leipzig University.
Contact Gunther Schnabl
Gunther Schnabl is a professor of international economics and economic policy in the department of economics at Leipzig University, Germany.
Posted by arclein at 12:00 AM