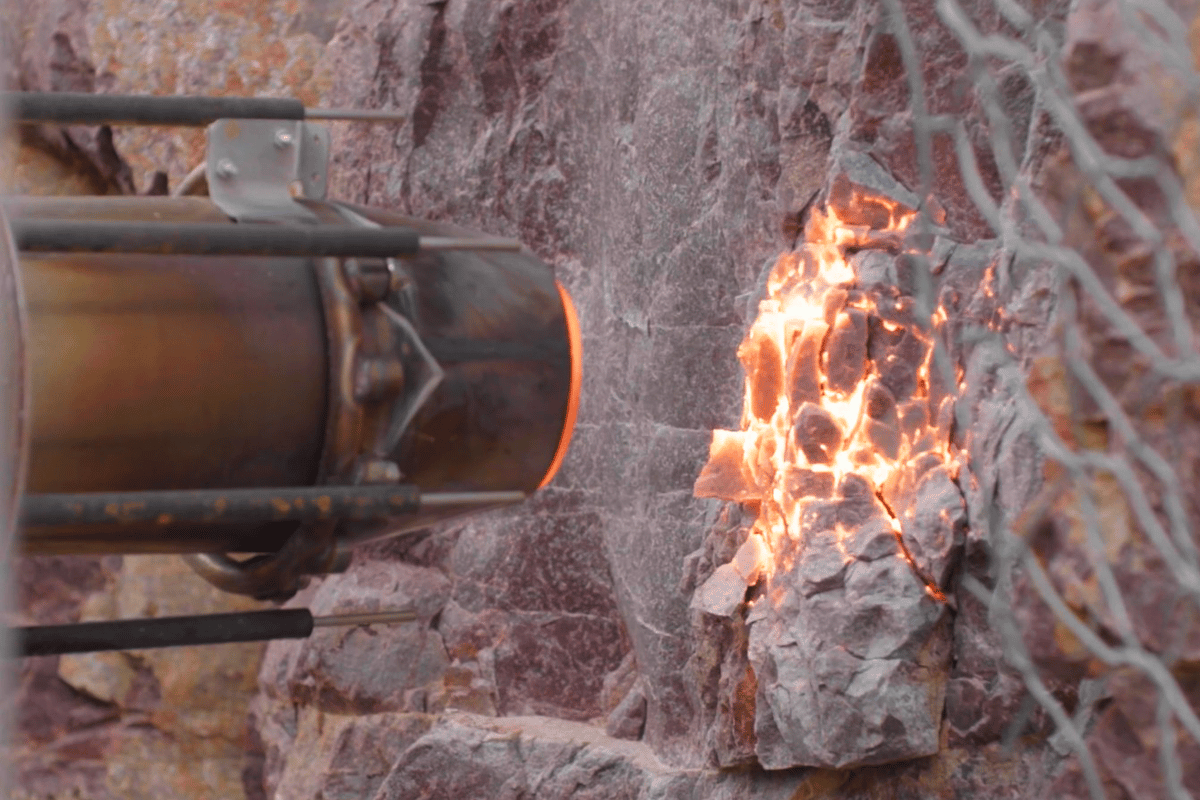 I do think that using a propane blow torch is likely the superior mathod.  However, this is at least another effort.
The rate of removal is slow though.  We always need a tip flame temperature of 2000 C.  Propane is fast and also removes he popcorned rock.
again this was first mastered during hte Bronze Age.
Petra's remarkable thermal bore cuts through undrillable rock
By Loz Blain
January 06, 2022
A combination of heat and high pressure allow this semi-autonomous boring robot to tunnel through undrillable rock
Petra
VIEW 3 IMAGES
San Francisco startup Petra says its new contactless thermal drilling robot can make steady progress through the hardest rock on Earth – stuff that would normally destroy drilling equipment – so quickly and cheaply that it could make a lot of underground infrastructure projects economically feasible.
The semi-autonomous "Swifty" robotic system can create 18-60 inch (46-152 cm) diameter tunnels through any geology, blasting the rock with an extremely hot, high-pressure spallation head such that it glows, chars and flings away.
Petra, founded by serial entrepreneur Kim Abrams, says it's demonstrated the robot's capabilities by boring a 24-inch tunnel through 20 feet of Sioux Quartzite – which Abrams describes in a CNBC interview as "the hardest rock on earth ... harder than bluestone granite ... the type of rock that would normally have to be dynamited." Swifty progressed at a rate of an inch a minute

Petra's "Swifty" robot heats and pulverizes the hardest rock on Earth, without touching it
Petra
The company says this new robot uses a combination of remote control and machine vision to get its job done, and it's the first microtunneling robot that can reverse out of its own tunnel.
Costing "30-90 percent less than conventional trenchless methods," and opening up access to previously undrillable areas, Petra says its new tech will make it much more economically viable for governments and utilities to run vital power and communications cables underground, where they're safe from vandalism, wildfires, high winds and other threats.
Posted by arclein at 12:00 AM