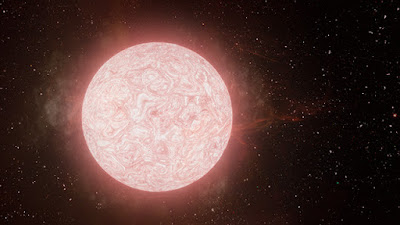 I does not get any better than this. We knew this happened and we got to watch it.  You also have to recall just how much handwaving went into the original work on projections.
Now every similar star goes on a death watch and we discover hte symptoms.
Still great.
» Supernova Death of Red Giant Directly Observed for 130 Days
Supernova Death of Red Giant Directly Observed for 130 Days
January 9, 2022 by Brian Wang
Astronomers have imaged in real-time the dramatic end to a red supergiant’s life, watching the massive star’s rapid self-destruction and final death throes before it collapsed into a Type II supernova.
“I am most excited by all of the new ‘unknowns’ that have been unlocked by this discovery,” says Jacobson-Galán. “Detecting more events like SN 2020tlf will dramatically impact how we define the final months of stellar evolution, uniting observers and theorists in the quest to solve the mystery on how massive stars spend the final moments of their lives.”
* we now know what to look for when a Red Giant is dying (it brightens a little and was below the detection level of older surveys)
* our new star surveys will now find many more stars that are a year from going supernova
* we have observed one supernova process and now we will find more and observe more
* this has corrected many ideas and changed of what the supernova process actually is
* it is a huge leap forward in our understanding of the evolution of stars and supernovas.
* better telescopes could let us observe earlier changes as stars reach the end of their lives
the Astrophysical Journal – Final Moments. I. Precursor Emission, Envelope Inflation, and Enhanced Mass Loss Preceding the Luminous Type II Supernova 2020tlf
Abstract
We present panchromatic observations and modeling of supernova (SN) 2020tlf, the first normal Type II-P/L SN with confirmed precursor emission, as detected by the Young Supernova Experiment transient survey. Pre-SN activity was detected in riz-bands at −130 days and persisted at relatively constant flux until first light. Soon after discovery, “flash” spectroscopy of SN 2020tlf revealed narrow, symmetric emission lines that resulted from the photoionization of circumstellar material (CSM) shed in progenitor mass-loss episodes before explosion. Surprisingly, this novel display of pre-SN emission and associated mass loss occurred in a red supergiant (RSG) progenitor with zero-age main-sequence mass of only 10–12 M⊙, as inferred from nebular spectra. Modeling of the light curve and multi-epoch spectra with the non-LTE radiative-transfer code CMFGEN and radiation-hydrodynamical code HERACLES suggests a dense CSM limited to r ≈ 1015 cm, and mass-loss rate of 10−2 M⊙ yr−1. The luminous light-curve plateau and persistent blue excess indicates an extended progenitor, compatible with an RSG model with R⋆ = 1100 R⊙. Limits on the shock-powered X-ray and radio luminosity are consistent with model conclusions and suggest a CSM density of over 2 × 10^−16 grams per cubic centimeter for distances from the progenitor star of radisu 50 billion kilometers , as well as a mass-loss rate of

at larger distances. A promising power source for the observed precursor emission is the ejection of stellar material following energy disposition into the stellar envelope as a result of gravity waves emitted during either neon/oxygen burning or a nuclear flash from silicon combustion.
What We Saw, When We Saw it
Using two Hawaiʻi telescopes – the University of Hawaiʻi Institute for Astronomy Pan-STARRS on Haleakalā, Maui and W. M. Keck Observatory on Maunakea, Hawaiʻi Island – a team of researchers conducting the Young Supernova Experiment (YSE) transient survey observed the red supergiant during its last 130 days leading up to its deadly detonation.
Direct detection of pre-supernova activity in a red supergiant star has never been observed before in an ordinary Type II supernova. For the first time, we watched a red supergiant star explode.
Pan-STARRS first detected the doomed massive star in Summer of 2020 via the huge amount of light radiating from the red supergiant. A few months later, in Fall of 2020, a supernova lit the sky.
The team quickly captured the powerful flash and obtained the very first spectrum of the energetic explosion, named supernova 2020tlf, or SN 2020tlf, using Keck Observatory’s Low Resolution Imaging Spectrometer (LRIS). The data showed direct evidence of dense circumstellar material surrounding the star at the time of explosion, likely the same exact gas that Pan-STARRS had imaged the red supergiant star violently ejecting earlier in the summer.
The team continued to monitor SN 2020tlf after the explosion; based on data obtained from Keck Observatory’s DEep Imaging and Multi-Object Spectrograph (DEIMOS) and Near Infrared Echellette Spectrograph (NIRES), they determined SN 2020tlf’s progenitor red supergiant star, located in the NGC 5731 galaxy about 120 million light-years away as seen from Earth, was 10 times more massive than the Sun.
The discovery defies previous ideas of how red supergiant stars evolve right before blowing up. Prior to this, all red supergiants observed before exploding were relatively quiescent: they showed no evidence of violent eruptions or luminous emission, as was observed prior to SN 2020tlf. However, this novel detection of bright radiation coming from a red supergiant in the final year before exploding suggests that at least some of these stars must undergo significant changes in their internal structure that then results in the tumultuous ejection of gas moments before they collapse.
Young Supernova Experiment Observations
SN 2020tlf was first reported to the Transient Name Server by ATLAS on 2020 September 16, but the earliest detections of the SN are from the Young Supernova Experiment with the PS1 telescope on 2020 September 5. YSE began monitoring the field in which SN 2020tlf was discovered on 2020 January 18. 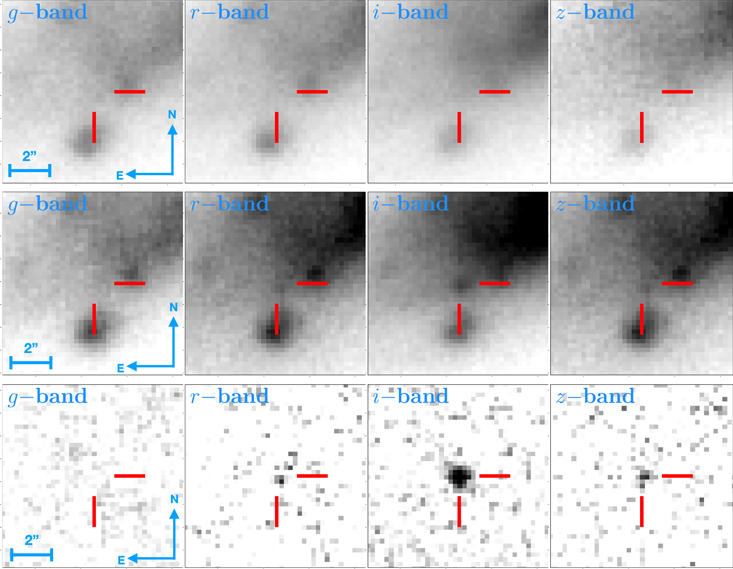