“The Numbers Killed by these Vaccines is Much Worse than What We Thought”. Dr. Sucharit Bhakdi, Dr. Mike Yeadon 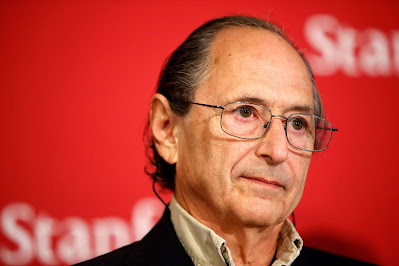 Understand that this narritive is not been refuted, but simply ignored allowing your ignorance to inform your results.

There are plausible alternative narritives out there as well.   My own takehome continues to simply be that there is zero good reason to accept a jab that has nothing gto do with COV 19.
Yet here we are with the promise of potentially two billion victims at least and ultimately much more.
Just where are those folks mandated to protyect us hiding?..


“The Numbers Killed by these Vaccines is Much Worse than What We Thought”. Dr. Sucharit Bhakdi, Dr. Mike Yeadon
By Dr. Mike Yeadon and Dr. Sucharit Bhakdi
Global Research, December 30, 2021
Mike Yeadon
This is an important message which we just received from Dr. Mike Yeadon, former Vice-president of Pfizer
https://www.globalresearch.ca/the-numbers-killed-by-these-vaccines-is-much-worse-than-what-we-thought-dr-sucharit-bhakdi-mike-yeadon/5765883
My good friend Dr Sucharit Bhakdi, with whom we and others wrote a series of open letters to the European Medicines Agency, is utterly distraught.
Listen carefully.
He and his colleague, a pathologist, have confirmed that, even in people who’ve died post-covid-19 vaccination and where their death was not attributed to the adverse effects of vaccination, in almost all cases they DID die as a result of the vaccination.
The numbers killed by these vaccines is much worse than what we thought, already.
But it’s what they’ve just discovered that’s much worse.
We knew of blood clots from expressing spike protein.
We were aware of autoimmune attacks on ones own tissues expressing spike protein to which our killer lymphocytes were primed, such as myocarditis.
But what’s new is the revelation that lymph node cells are also being invaded by the gene-based agents and marking THEM for auto destruction.
When you destroy that part of the immune system, which we loosely call “immune surveillance”, every manner of nasty, latent infections, by viruses & also bacteria, explode, uncontrolled.
Hundreds of millions of people are going to die of unrestrained tuberculosis, Epstein Barr virus, toxoplasmosis etc etc etc
AND on top of this, the daily accidental production of cancer cells, normally deleted swiftly by immune surveillance, before they can divide, ceases.
Guess what happens next?
I don’t care where you’ve sat during this ridiculous “pandemic”.
Whether you’ve gone along with it, knowing it was an overreaction. Or even in ignorance.
I am telling you right now:
IF YOU PERSONALLY HAVING WATCHED THIS CHOOSE TO SETTLE BACK TO WATCH A FILM, INSTEAD OF CALLING SOME PEOPLE YOU KNOW & TELLING THEM ABOUT IT, THE END OF HUMANITY IS A SHARED BURDEN WITH THE PERPETRATORS.
Please put this on every platform.
Swamp the ‘fact checkers’.
Please do it now.
Rescue our civilization while there are innocents to save, ESPECIALLY our children and grandchildren.
Thank you sincerely,
Mike
Dr Mike Yeadon
Video featuring Dr. Sucharit Bhakdi
https://www.bitchute.com/video/fHIT55iM4Zv9/
The original source of this article is Mike Yeadon
Copyright © Dr. Mike Yeadon and Dr. Sucharit Bhakdi, Mike Yeadon , 2021
Posted by arclein at 12:00 AM