A New Theory of Gravity By Arclein 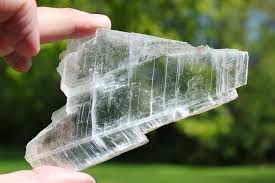 In this article we will be integrating the concepts proposed in my work on nth order cyclic functions and the nth order Pythagorean with my work on Cloud Cosmology and the neutral neutrino to develop a working conjecture that defines and models Gravity or more rigorously, induced curvature produced by the Neutral Neutrino which has been defined as a fundamental particle pair. Observe that the nth order is a natural and elementary extension of the 3rd and 4th order described in my paper published in the June issue of AIP’s Physics Essays in 2010.

Cloud Cosmology was published here on 7 Mar 2013 and introduces a mind experiment that introduces an exact model for the Neutral Neutrino or the fp - pair while accepting only the single postulate of existence only.  This also produces the observed universe from the first movement subject only to the first act of consciousness which is also external to the universe but is progressively informed by the evolving universe.

Conjecture 1:              Induced curvature is cyclically positive and negative.  However with the exception of the second order the areas under the curves are asymmetric leading to this equation:

PCurvature + NCurvature = DeltaG or net positive gravity.  More simply, PC –NC = dg.  It must be understood that scaling factors for PC and NC are several orders of magnitude greater than those for dg and vary as per geometry.

Conjecture 3:              This effect is accumulated along the natural axis produced within the assembled electrons, positrons and then to the far larger neutrons and protons and by extension into our perceived physical world.

Conjecture 4:              The scale of g is extremely small but that is sufficient to produce the totality of our sense of gravitational force.  Yet the two components that produce this net effect are vastly larger and are geometrically dependent.

This is a huge idea that finds consonance with empirical work apparent from Bronze Age efforts where the mathematica was geometric rather than algebraic and work focused on proportion, all of which helps with geometric phenomena.  I am now making empirical conjectures that need to drive experimental effort.

Conjecture 1:              Crystalline structures need to be tested against protocols used to test for gravitational effect.  These structures should be slab like and tested in all three dimensions.    This needs to be tested against obvious variables in terms of materials.   This should have been done a long time ago.  Classical experiments used spheres which turn out to be exactly the wrong idea.  We hope to determine a measurable effect that can then be used to support additional work.

Conjecture 2:              Sonic energy also behaves in geometric form and lends itself to creating high frequencies and collapse edges which can be used to both test materials and plausibly induce change in the behavior of the test object.  I anticipate that this is where our tool kit will come from.  A lot of this is also suggested by Bronze Age efforts and identified unusual properties of pyramids conformal to the Great Pyramid.  Recall that we are now working with a powerful new force of nature whose actual potential can only be guessed at.

Yet a small pyramid is able to affect the crystalline structure of a safety razor.  We now understand that the effect is dependent on scale.  Just what was the Great Pyramid doing?  Dunn’s conjecture that it acted as a powerful radio energy transmitter is consistent but only a small part of the story.

Conjecture 3:              Other sources also suggest that this can be tuned to allow gravity itself to be at least neutralized if not even reversed and generally controlled.  Just knowing what we are working with will allow the theory to leap ahead.  A number of third party reports drawn from nontraditional sources powerfully suggest the following conforming behaviors;

1                    UFO’s used a circular girdle to control gravity.  With that in place, my reversed engineered MFEV technology published back in 2007 then provides ample maneuverability and speed.
2                    Flight of the butterfly also conforms.  The wings are covered with precision vertical plates that hold the same attitude as the UFO girdle.  I would be uncomfortable it Mother Nature were not using this ability.
3                    The use of a girdle powerfully suggests that the plates can be energized to alter the gravitational effect.  The precision of the butterfly warns us of the necessary precision.

Conjecture 4:              Extreme pressure deep in the Earth or a Star can plausibly alter the behavior of gravity itself.            I am throwing that whole paradigm into the soup until we can master this completely new Force of Nature.  Order now matters and packing produces order.  It should be also obvious that all other Forces of Nature are derived from these two aspects of induced curvature and that particularly includes electromagnetic energy and indirectly light itself.
Posted by arclein at 12:00 AM