33 Plus 1 Dramatic Predictions for 2030 With Tomas Frey 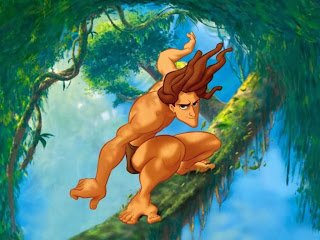 \
This is Tom Frey’s list and it is a pretty good one.  All can be put on a maybe yes, maybe no as we move forward.  It makes no provision for unknown but actually prospective game changers that will act as accelerators and new directions.  We cover and uncover those on this blog as much as is possible.

I think that the real game changer that will affect every human is the pending advent of bio engineering and bio sculpting.  Everyone wants to be the healthiest they can be, the strongest they can be within aesthetic limits and the best looking they can be.  This can all be achieved mostly by DNA therapy which is already possible and is rapidly improving.

I expect that we will be well on the way to a universal middle class with full access to all this by 2030 as all the natural financial accelerators kick in and government largely gets out of the way.

Humanity will change more in the next 20 years than in all of human history.

By 2030 the average person in the U.S. will have 4.5 packages a week delivered with flying drones. They will travel 40% of the time in a driverless car, use a 3D printer to print hyper-individualized meals, and will spend most of their leisure time on an activity that hasn’t been invented yet.

The world will have seen over 2 billion jobs disappear, with most coming back in different forms in different industries, with over 50% structured as freelance projects rather than full-time jobs.

Over 50% of today’s Fortune 500 companies will have disappeared, over 50% of traditional colleges will have collapsed, and India will have overtaken China as the most populous country in the world.

Most people will have stopped taking pills in favor of a new device that causes the body to manufacture it’s own cures.

Space colonies, personal privacy, and flying cars will all be hot topics of discussion, but not a reality yet.

Most of today’s top causes, including climate change, gay liberation, and abortion, will all be relegated to little more than footnotes in Wikipedia, and Wikipedia itself will have lost the encyclopedia wars to an upstart company all because Jimmy Wales was taken hostage and beheaded by warring factions in the Middle East over a controversial entry belittling micro religions.

Our ability to predict the future is an inexact science. The most accurate predictions generally come from well-informed industry insiders about very near term events.

Much like predicting the weather, the farther we move into the future, the less accurate our predictions become.

So why do we make them?

In the segments below, I’ll make a series of 33 provocative predictions about 2030, and how different life will be just 17 years in the future.

I will also explain why predictions are important, even when they are wrong.
“Our greatest motivations in life come from NOT knowing the future.”
Why Understanding the Future is Important

Ignorance is a valuable part of the future. If we knew the future we would have little reason to vote in an election, host a surprise party, or start something new.

Once a future is known, we quickly lose interest in trying to influence it. For this reason, our greatest motivations in life come from NOT knowing the future.

So why, as a futurist, do I spend so much time thinking about the future?

Very simply, since no one has a totally clear vision of what lies ahead, we are all left with degrees of accuracy. Anyone with a higher degree of accuracy, even by only a few percentage points, can achieve a significant competitive advantage.

The Power of Prediction

If I make the prediction that “By 2030 over 90% of all crimes will be solved through video and other forms of surveillance,” a forecast like that causes several things to happen.

First, you have to decide if you agree that a certain percent of crimes will be solved that way. If so, it forces you to think about how fast the surveillance industry is growing, how invasive this might be, and whether privacy concerns might start to shift current trends in the other direction.

More importantly, it forces you to consider the bigger picture, and whether this is a desirable future. If it reaches 90%, how many police, judges, and lawyers will be out of a job as a result of this? Will this create a fairer justice system, a safer society, or a far scarier place to live?

Please keep this in mind as we step through the following predictions.

Final Thoughts
Reading through the prediction above you will likely have experiences a number of thoughts ranging from agreement, to amusement, to confusion, to total disagreement.

As with most predictions, some will be correct and others not. But the true value in this list will come from giving serious consideration to each of them and deriving your own conclusions.

If you were expecting me to aggressively defend all these predictions, then this column will certainly disappoint you. It has been a lifetime journey for me to formulate my thoughts about the future, but there are far too many variables to build a defensible case for any of them.

That said, I would love to hear your thoughts. What’s missing, too aggressive, or simply misguided? Sometimes my crystal ball is far too fuzzy, so I’d love to hear what ideas come to mind.