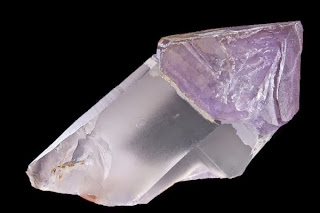 I suspect that the light fills up unfilled gaps allowing the electrons to be at their optimal position for movement.  This is something we have not really addressed.  Photonic material within an atom can be imagined as a Mobius strip of bundled ribbons of curvature acting to hold an electron in place.  Adding photonic material naturally leads to maximum extension of this bundle allowing easy release.  If this makes any sense to you then good for you.

My model of the atom and all that is steadily filling in and I can start addressing the nature of a photon with some confidence. It is really very interesting and I will share this with you.

This is a first attempt to convert these conceptualizations to words and I do invite comment.  I also suspect that they are stickier than this suggests but that may be an artifact of bundling which we are a long way from simulating

Quite by accident, Washington State University researchers have achieved a 400-fold increase in the electrical conductivity of a crystal simply by exposing it to light. The effect, which lasted for days after the light was turned off, could dramatically improve the performance of devices like computer chips.

WSU doctoral student Marianne Tarun chanced upon the discovery when she noticed that the conductivity of some strontium titanate shot up after it was left out one day. At first, she and her fellow researchers thought the sample was contaminated, but a series of experiments showed the effect was from light.

"It came by accident," said Tarun. "It's not something we expected. That makes it very exciting to share."

The phenomenon they witnessed-"persistent photoconductivity"-is a far cry from superconductivity, the complete lack of electrical resistance pursued by other physicists, usually using temperatures near absolute zero. But the fact that they've achieved this at room temperature makes the phenomenon more immediately practical.

And while other researchers have created persistent photoconductivity in other materials, this is the most dramatic display of the phenomenon.

The research, which was funded by the National Science Foundation, appears this month in the journal Physical Review Letters.

"The discovery of this effect at room temperature opens up new possibilities for practical devices," said Matthew McCluskey, co-author of the paper and chair of WSU's physics department. "In standard computer memory, information is stored on the surface of a computer chip or hard drive. A device using persistent photoconductivity, however, could store information throughout the entire volume of a crystal."

Strontium titanate and other oxides, which contain oxygen and two or more other elements, often display a dizzying variety of electronic phenomena, from the high resistance used for insulation to superconductivity's lack of resistance.

"These diverse properties provide a fascinating playground for scientists but applications so far have been limited," said McCluskey.

McCluskey, Tarun and physicist Farida Selim, now at Bowling Green State University, exposed a sample of strontium titanate to light for 10 minutes. Its improved conductivity lasted for days. They theorize that the light frees electrons in the material, letting it carry more current.
Posted by arclein at 12:00 AM