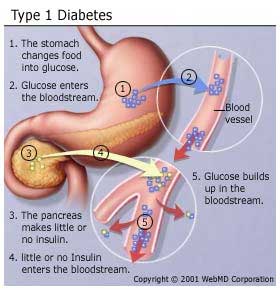 Slowly but surely, the promise of gene therapy is coming true.  Diabetes was an obvious first target and this work now provides us with a working protocol that has real promise to at least partially eliminate the majority of type I diabetes.  I suspect that a little tweaking and we will actually provide a cure.

Again, diabetes is a disease whose back we need to see.  The chronic condition is only stabilized amid ongoing damage that slowly erodes the victim’s health.  It is possible to live most of a full working life, but most falter far too soon as the regimen is difficult to sustain.

This is real gene therapy and it is working well enough to become seriously hopeful.  That is good enough for now and we can expect rapid progress.

This year we have seen many breakthrough protocols emerge and it is turning into a flood.

An experimental cure for Type 1 diabetes has a nearly 80 percent success rate in curing diabetic mice. The results, to be presented Saturday at The Endocrine Society's 93rd Annual Meeting in , offer possible hope of curing a disease that affects 3 million Americans.

"With just one injection of this gene therapy, the mice remain diabetes-free long term and have a return of normal insulin levels in the body," said , , the principal investigator and an assistant professor at of Medicine in .

Yechoor and his co-workers used their new gene therapy in a nonobese mouse model of Type 1 diabetes. The therapy attempts to counter the two defects that cause this autoimmune form of diabetes: autoimmune attack and destruction of the insulin-producing beta cells by T cells. First, the researchers genetically engineer the formation of new beta cells in the liver using neurogenin3. This gene defines the development of pancreatic islets, which are clusters of beta cells and other cells. Along with neurogenin3, they give an islet growth factor gene called betacellulin to stimulate growth of these new islets.

The second part of the therapy aims to prevent the mouse's immune system from killing the newly formed islets and beta cells. Previously the research team combined neurogenin3 with the gene for interleukin-10, which regulates the immune system. However, with that gene, they achieved only a 50 percent cure rate in diabetic mice, Yechoor said.

In the new study, the investigators added a gene called CD274 or PD-L1 (programmed cell death 1 ligand-1). It inhibits activity of the T cells only around the new islets in the liver and not in the rest of the body, he explained.

"We want the gene to inactivate T cells only when they come to the new islet cells. Otherwise, the whole body would become immunocompromised," Yechoor said.

This treatment reversed diabetes in 17 of 22 mice, or 78 percent. Diabetic mice that otherwise live only six to eight weeks were growing normally and were free of diabetes as long as 18 weeks after injection of the gene therapy, Yechoor said.

This treatment approach, he said, "has the potential to be a curative therapy for Type 1 diabetes."

The other mice reportedly responded to the gene therapy initially but then became diabetic again. There are two possibilities, according to Yechoor, why the therapy did not achieve a 100 percent cure rate.

"T cells are the predominant part of islet destruction, but other pathways, including beta cells could also contribute, meaning we would need to target those pathways as well," Yechoor said. "Or maybe the efficiency of this new protective gene is not sufficient, and we need to give a larger dose."
Provided by The Endocrine Society
Posted by arclein at 12:01 AM