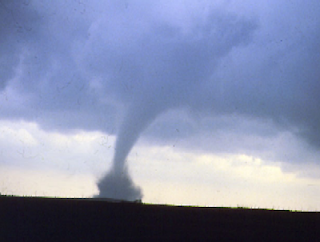 One does get the sense that tornadoes could be beaten as a matter of course.  We certainly have the hardware and manpower in place to do it if we can glue together a working methodology.

I think it is time to try.  Most tornadoes are harmless but not from actual capability.  We need to get comfortable with neutralizing them and getting them all is a decent objective because we are able to spot them.  As this winter reminded us, a bad season is very bad and casualties and property damage in unimaginable.

Towns may even be protected by anti tornado batteries able to fling appropriate chemicals into the tornado though fast jets are likely to be more cost effective.

Whatever we though would work on a hurricane should be far more useful against a tornado. 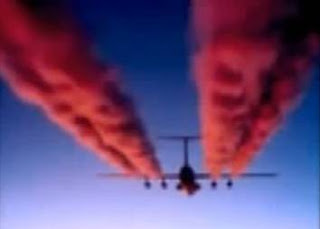 I have seen a tornado form as the clouds move in and a violently rotating column of air occurred about a thousand feet above me. I always felt if I had a rocket or a radar beam weapon I could have stopped it from forming. We must grieve the loss of life and massive destruction in the . Tornadoes and thunderstorms claimed at least six lives in  and . In , 124 died in a tornado Sunday, with hundreds missing.

In 1925, the infamous Tristate twister hit parts of , and , claiming 695 lives. Because tornados kill people and wreck property, costing billions of dollars yearly, a force of tornado fighters should be developed! They could be set up similar to tornado chasers with weapons to defeat the tornados.

We know tornadoes need a source of instability (heat, moisture, etc.) and a larger-scale property of rotation (vorticity) to keep going. One process around a thunderstorm which can rob the tornado of either instability or vorticity is relatively cold outflow--the flow of wind out of the precipitation area of a shower or thunderstorm. Many tornadoes have been observed to go away soon after being hit by outflow. Tornados generally form when "warm moist Gulf air meets cold Canadian air and dry air from the . The most destructive tornadoes occur from supercells--which are rotating thunderstorms with a well-defined radar circulation called a mesocyclone.Recent theories and results from the VORTEX program suggest that once a mesocyclone is underway, tornado development is related to the temperature differences across the edge of downdraft air wrapping around the mesocyclone. 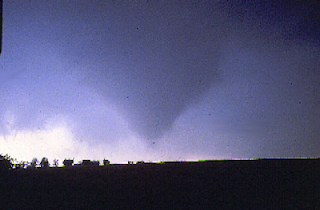 Tornado fighters set up west of towns could use small exact distance rockets to strategically place and detonate safe, yet cloud dispersing explosives or chemicals. Various methods could be tested to determine what effects the super cell that forms the tornado. Perhaps a radar beam could be focused and tuned to ruin the magnetic lattice of the tornado. The military owns micro wave beam technology that might be effective in stopping the forming of a tornado. We can now produce clouds that create rain; perhaps these machines operating in a reverse mode would take the energy out of the clouds. I'm not sure what would work effectively but now is the time to start developing procedures to defeat the tornados. A method is needed for stopping the swirling action that leads to the formation of the tornado. With experimentation we might find a simple solution. Doppler radar and sophisticated computer graphics storm chasers have been intercepting tornados for years. It's not an exact science yet but towns are often given several hours warning time.

Ground or air based units could intercept suspicious tornado forming clouds before they touch down' Dumping dry ice into a cloud may be effective in cooling its energy. Large aircraft can dump tons of ice, coal dust, or cloud damping products at minimal cost. High explosives dropped or shot into the clouds may be effective in stopping the swirling action. It's time to study and experiment. C-5 or C-117 aircraft could drop tons of dry ice or smaller conventional weaponry into critical super cells. It would certainly be worth trying as an experiment. Congress would have to deny any legal problems that might occur.

A tornado's vortex can reach speeds of over 300 miles per hour and travel at 75 MPH. I have flown in hurricanes and winds well above a hundred knots. Tornados are fragile and if any variable is changed it becomes unstable and will disintegrate of its own volition. Military transports or tankers might be able to calm our skies. Talk to your congressman about developing a way to fight tornadoes and hurricanes... http://science.howstuffworks.com/nature/climate-weather/storms/tornado.htm

The top of the storm clouds are negative ionized very cold air.

Have you ever noticed how clean and fresh the air smells after a rain storm?

That is negative ionized air.
you are smelling.

The ground is naturally positive ionized.

There could be built a series of towers that put out negative ions and create a "wall" to repel the storm system.

It will never happen of course.

Negative ion generators could be placed on poles and other places to create a negative ion wall which would repel the storm system.

The storm clouds are negative ionized and very cold on top.

That is where hail comes from.

The ground is naturally positive ionized and the area the storm is moving into is very warm.