Editorial In Nature on Climate Science 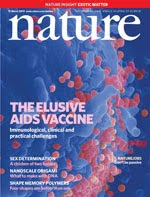 This influential editorial from Nature is all very nice and generally good advice as far as it goes.  However the one assertion in the second last paragraph as follows, ‘The core science supporting anthropogenic global warming has not changed’ is obfuscation.  Where the science was done it produced ambiguous results from which the heralded conclusions were not convincing.
To the extent that the proxies for a global temperature can be used and trusted and this is no longer a given, they provide a decadal warming signal ending in 1995-8. If we make it longer, it merely weakens the signal to make it less convincing.  This purported signal is followed by a flat to declining trend for the succeeding decade and a half.  In the best light, that is the nature of our atmospheric evidence.
The problem is the CO2 measure.  It is rising as expected without much variation as fossil fuel use continues to grow globally.  We are left with a simple problem in logic.  If CO2 content drove the decadal warming at all, then it must do as much in the succeeding decade and a half when the CO2 content is rising much faster.  You cannot have it both ways.
In 1998, the hypothesis was barely accepted but had to at least be considered possible only because both trends shared direction.  Today the succeeding evidence has made the hypothesis very unlikely instead at the present level of CO2 input.  That is the present problem that the promoters of the ‘settled science’ were trying so hard to obscure.  They knew it made the hypothesis impossible to sustain.
Thus policy makers find themselves promoting a cure for a disease that simply does not exist as described.  Excessive use of CO2 is with us, and it should be curbed and more likely it needs to be simply replaced as soon as possible in the normal cycle of obsolescence. Policy makers need to encourage alternative power regimes and the emergence of electrical transportation over the next generation so that fossil fuel use can begin its long decline in usage.
The hypothesis was framed as an extrapolation from simple lab work and the observed behavior of the sealed environments of greenhouses.  Extrapolations are always dangerous and skepticism is always called for.  One must be careful.  In this case a decadal warming was grasped prematurely as proof of concept.  Patience was called for and time has simply sent the hypothesis back to the drawing board.  Unfortunately a lot of noise was made and reputations ruined through it all.  Today, a simple declaration that the hypothesis is presently unsupported by current data would let everyone start over.
After all the science is solid, and it is telling us that the proposed linkage between rising CO2 and rising temperatures is disproven at present levels of CO2 production.
This Editorial
Nature 464, 141 (11 March 2010)
http://www.nature.com/nature/journal/v464/n7286/full/464141a.html
Climate of fear
Abstract
The integrity of climate research has taken a very public battering in recent months. Scientists must now emphasize the science, while acknowledging that they are in a street fight.
Climate scientists are on the defensive, knocked off balance by a re-energized community of global-warming deniers who, by dominating the media agenda, are sowing doubts about the fundamental science. Most researchers find themselves completely out of their league in this kind of battle because it's only superficially about the science. The real goal is to stoke the angry fires of talk radio, cable news, the blogosphere and the like, all of which feed off of contrarian story lines and seldom make the time to assess facts and weigh evidence. Civility, honesty, fact and perspective are irrelevant.
Worse, the onslaught seems to be working: some polls in the and abroad suggest that it is eroding public confidence in climate science at a time when the fundamental understanding of the climate system, although far from complete, is stronger than ever. Ecologist Paul Ehrlich at in says that his climate colleagues are at a loss about how to counter the attacks. “Everyone is scared shitless, but they don't know what to do,” he says.

Scientists must not be so naive as to assume that the data speak for themselves.

Researchers should not despair. For all the public's confusion about climate science, polls consistently show that people trust scientists more than almost anybody else to give honest advice. Yes, scientists' reputations have taken a hit thanks to headlines about the leaked climate e-mails at the University of East Anglia (UEA), , and an acknowledged mistake about the retreat of Himalayan glaciers in a recent report from the Intergovernmental Panel on Climate Change (IPCC). But these wounds are not necessarily fatal.
To make sure they are not, scientists must acknowledge that they are in a street fight, and that their relationship with the media really matters. Anything strategic that can be done on that front would be useful, be it media training for scientists or building links with credible public-relations firms. In this light, there are lessons to be learned from the current spate of controversies. For example, the IPCC error was originally caught by scientists, not sceptics. Had it been promptly corrected and openly explained to the media, in full context with the underlying science, the story would have lasted days, not weeks. The IPCC must establish a formal process for rapidly investigating and, when necessary, correcting such errors.
The unguarded exchanges in the UEA e-mails speak for themselves. Although the scientific process seems to have worked as it should have in the end, the e-mails do raise concerns about scientific behaviour and must be fully investigated. Public trust in scientists is based not just on their competence, but also on their perceived objectivity and openness. Researchers would be wise to remember this at all times, even when casually e-mailing colleagues.
US scientists recently learned this lesson yet again when a private e-mail discussion between leading climate researchers on how to deal with sceptics went live on conservative websites, leading to charges that the scientific elite was conspiring to silence climate sceptics (see page 149). The discussion was spurred by a report last month from Senator James Inhofe (Republican, Oklahoma), the leading climate sceptic in the US Congress, who labelled several respected climate scientists as potential criminals — nonsense that was hardly a surprise considering the source. Some scientists have responded by calling for a unified public rebuttal to Inhofe, and they have a point. As a member of the minority party, Inhofe is powerless for now, but that may one day change. In the meantime, Inhofe's report is only as effective as the attention it receives, which is why scientists need to be careful about how they engage such critics.
The core science supporting anthropogenic global warming has not changed. This needs to be stated again and again, in as many contexts as possible. Scientists must not be so naive as to assume that the data speak for themselves. Nor should governments. Scientific agencies in the , and beyond have been oddly silent over the recent controversies. In testimony on Capitol Hill last month, the head of the US Environmental Protection Agency, Lisa Jackson, offered at best a weak defence of the science while seeming to distance her agency's deliberations from a tarnished IPCC. Officials of her stature should be ready to defend scientists where necessary, and at all times give a credible explanation of the science.
These challenges are not new, and they won't go away any time soon. Even before the present controversies, climate legislation had hit a wall in the US Senate, where the poorly informed public debate often leaves one wondering whether science has any role at all. The IPCC's fourth assessment report had huge influence leading up to the climate conference in last year, but it was always clear that policy-makers were reluctant to commit to serious reductions in greenhouse-gas emissions. Scientists can't do much about that, but they can and must continue to inform policy-makers about the underlying science and the potential consequences of policy decisions — while making sure they are not bested in the court of public opinion.
Posted by arclein at 12:48 AM

“What is the current scientific consensus on the conclusions reached by Drs. Mann, Bradley and Hughes? [Referring to the hockey stick propagated in UN IPCC 2001 by Michael Mann and debunked by McIntyre and McKitrick in 2003.]

Ans: Based on the literature we have reviewed, there is no overarching consensus on MBH98/99. As analyzed in our social network, there is a tightly knit group of individuals who passionately believe in their thesis. However, our perception is that this group has a self-reinforcing feedback mechanism and, moreover, the work has been sufficiently politicized that they can hardly reassess their public positions without losing credibility.”