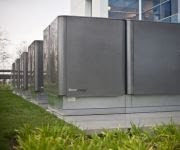 
An Open Letter to John Doerr Regarding Bloom Energy

Hydrogen may not come free, but it can be very cheap! Look at www.iaus.com. They will be producing very cheap electricity soon which could be used to product cheap hydrogen.

Hey, nice site you have here! Keep up the excellent work!