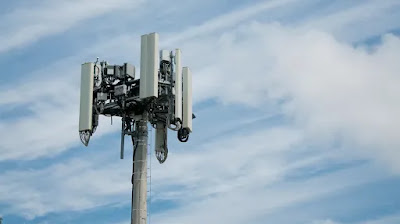 It appears our 5G rollout has gone forward while simply ignoring all protective guidelines as if they did not exist.  This behavior has become almost universal amoung the mega corps and particularly big Pharma.
but here we are with microwave networks and it is not getting better.
Are we immune to the damage? Why do we think this?  So far the meta stats tend to support all this.  I really have a big problem with oddities in vaccines though.
Fifth Generation (5G) Directed Energy Radiation Emissions in the Context of Contaminated Nanometal COVID-19 Vaccines with Graphite Ferrous Oxide Antennas
Expert Report
By Mark Steele
Global Research, July 20, 2022
Introduction
I write this expert report as a British engineer, inventor, patent writer and weapons research scientist; an engineer with a materials science background, and inventor of the world’s first binocular optical wave guides, weapons sight systems, infrared thermal imaging head up displays, molecular reactors, signal processing, and transducer design, to name a limited few.
As Chief Technology Officer (CTO) at the company that designed and brought to market the world’s first internationally approved head up display (HUD) product, accredited with a number of innovation awards, but more importantly regulated to a number of internationally recognized standards, including (DOT) Department of Transport ECE 22.05, as well as ANSI and others, I was relied upon in the establishment of international standards for augmented reality (AR) and virtual reality (VR) HUD systems.
Refer to Exhibit 2a, from patent attorney, Ex. 2b from Recorder Nolan, Ex. 2c Cyber Command, Ex. 2d Standards for HUD systems, Ex. 2di appendix.
Cyber Command USA had been made aware of my expertise and specifically requested my advice with regard to an unusual 5G antenna design deployed across the USA. I have been extremely fortunate that most (but not all) of my research and product development work has been carried out outside of the Official Secrets Acts (OSA) legislation.
I have acted as a witness and provided statements in several court cases, exposing the lack of any credible evidence that the 5G light-emitting diode (LED) network and planned neural connection to the 5G grid are safe.
This includes nano metamaterial technologies that are contaminating vaccinations, that are not legal or lawful, and that breach a number of international and domestic laws.
Judge Nolan at Newcastle Crown Court stated that “The 5G risk must be debated” and that “This is a democracy and the public have a right to know”.
The evidence I presented to the court defeated the attempt by the local authorities and actors in the British establishment to silence me from providing the published scientific evidence on the risks posed to the public and environment from the 5G urban radar network and its ultimate purpose.
The failed court action taken by the local authority created a publicity storm that helped to highlight the actual risks from the 5G deployment across the world, as well as the total lack of care taken by regulators allowing this 5G deployment.
My involvement with several research and development projects spans my entire working career and includes some of a sensitive nature due to Official Secrets Act 1911 restrictions and therefore I am not at liberty to disclose these in a public domain; suffice to say this work has led to an understanding of Department of Defense (DOD) contracts, the compartmentalization of weapon product design projects, and Directed Energy Weapons (DEW), whose existence has until recently been obscured and sometimes denied. I.1.
The use of directional microwave radiation weapons by unknown actors on US embassies in Cuba, China and Russia, known as Havana Syndrome, is still not fully recognized by the authorities. Havana Syndrome bears all the hallmarks of microwave radiation emissions, which have left victims suffering significant and irreparable neurological damage, among other injuries. The US government has been unable to keep these weapons secret and recently passed a bill to compensate embassy staff victims. I.2
The US intelligence agencies, in their communications with the Russian government, confirm that they already knew of the existence and capability of microwave radiation weapons and their appeal to their assumed Russian adversaries was for the cessation of the use of these weapons against their embassies. I.3
My research field also covers other battlefield interrogation and weapon systems, including Lethal Autonomous Weapons Systems (LAWS), I.4, Autonomous Underwater Vehicles (AUV), Light Detection And Ranging (LIDAR), phased array radar technologies, including 5G for tracking weapons platforms, as well as biological assets on and off the battlefield that are increasingly used in a civilian setting to include facial recognition technologies, autonomous electric vehicles, drones, none of which have been fully environmentally assessed for harm from their radiation emissions to the general public or wildlife. I.5
5G urban radar, ionizing radiation and critical infrastructure risks
5G, unlike all of the other generations (Gs) of telecommunications, is technically identified as an urban radar directed energy in air emission, which requires the antenna to be designed to cause the focused energy in air for the high-speed compression of data to and from antennas designed to send and receive focused energy through a theoretical collimated and coherent signal. II.1
The beam forming wave in the main lobe emission breaches the International Commission on Non-Ionizing Radiation Protection (ICNIRP) guideline of 61V for a maximum exposure of 6 minutes. II.2
This ICNIRP guideline is contrary to the Council of Europe (COE) 1815 Resolution and to the European 2016 guideline, which confirm the published peer-reviewed science that anything over 600 mV/m should be limited to short-term exposure, and long-term exposure should be no more than 200 mV/m. This is orders of magnitude lower than the 6-minute, 61,000 mV ICNIRP guideline, which is a biological cooking value. ICNIRP is widely acknowledged to be a “captured agency”, as confirmed in the Italian courts. II.3
Posted by arclein at 12:00 AM