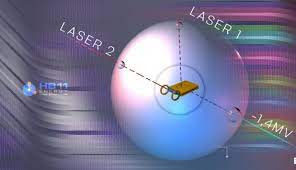 ​We are getting more data on hydrgen boron fusi0on reactions while we wait for Focu fusion to make the transition.  I really want to see seriously big attempted here.  The real problem will likely be casting the size required to hopefully make it much easier.
\
however converting the present config to hydrogen boron also looks logical.  Yet i would like to see the budgets for those large anodes.  Perhaps we can have both.
Understand that Focus Fusion gives us direct power takeoff and is not a heat engine.  That is huge in order to power a Star Ship.
Laser PB11 Fusion Yield Increased 40 Fold
Laser PB11 Fusion Yield Increased 40 Fold
July 25, 2022 by Brian Wang
https://www.nextbigfuture.com/2022/07/laser-pb11-fusion-yield-increased-40-fold.html#more-176697
There are three main types of nuclear fusion and PB11 (hydrogen-boron) is the most desired. PB11 nuclear fusion would have almost no neutron radiation but it takes 1 billion degree temperatures instead of 100 million for deuterium tritium or about 500 million for deuteriurm-deuterium.
The PALS laser facility in Prague has reported a major advance in hydrogen-boron (pB11) fusion. January, 2022 in Physical Review E article reported a 40-fold increase in fusion yield over previous experiments at the same facility in 2014. Researchers hit a target of boron nitride with some embedded hydrogen with a 2 TW burst of infrared laser radiation, focused down to an 80-micron spot. The 40-fold increase in fusion yield was simply by making the target thicker. The advance is both a step forward for hydrogen-boron fusion, which has the potential to provide cheap, totally clean energy, and an example of the sort of leaps that can occur in fusion research.
High-current stream of energetic α particles from laser-driven proton-boron fusion ABSTRACT
The nuclear reaction known as proton-boron fusion has been triggered by a subnanosecond laser system focused onto a thick boron nitride target at modest laser intensity (∼10^16 watts per square centimeter), resulting in a record yield of generated α particles. The estimated value of α particles emitted per laser pulse is around 100 billion thus orders of magnitude higher than any other experimental result previously reported. The accelerated α-particle stream shows unique features in terms of kinetic energy (up to 10 MeV), pulse duration (∼10 ns), and peak current (∼2 Amps) at 1 meter from the source, promising potential applications of such neutronless nuclear fusion reactions. They have used a beam-driven fusion scheme to explain the total number of α particles generated in the nuclear reaction. In this model, protons accelerated inside the plasma, moving forward into the bulk of the target, can interact with 11B atoms, thus efficiently triggering fusion reactions. An overview of literature results obtained with different laser parameters, experimental setups, and target compositions is reported and discussed.
The iodine laser at PALS needs 1.2 MJ input to produce a 600 J laser pulse. The fusion output from the latest experiment was 0.06 J, so the critical ratio of output energy to input energy is still about 80 times less than that achieved by LPPFusion’s FF-1, using a much less reactive fuel, deuterium. To reach net energy, HB11 Energy, Marvel Energy, Focused Energy and Innoven will need larger fusion generators Focus Fusion LPP Fusion. However, all the fusion companies and fusion researchers are working to overcome these challenges.
Posted by arclein at 12:00 AM