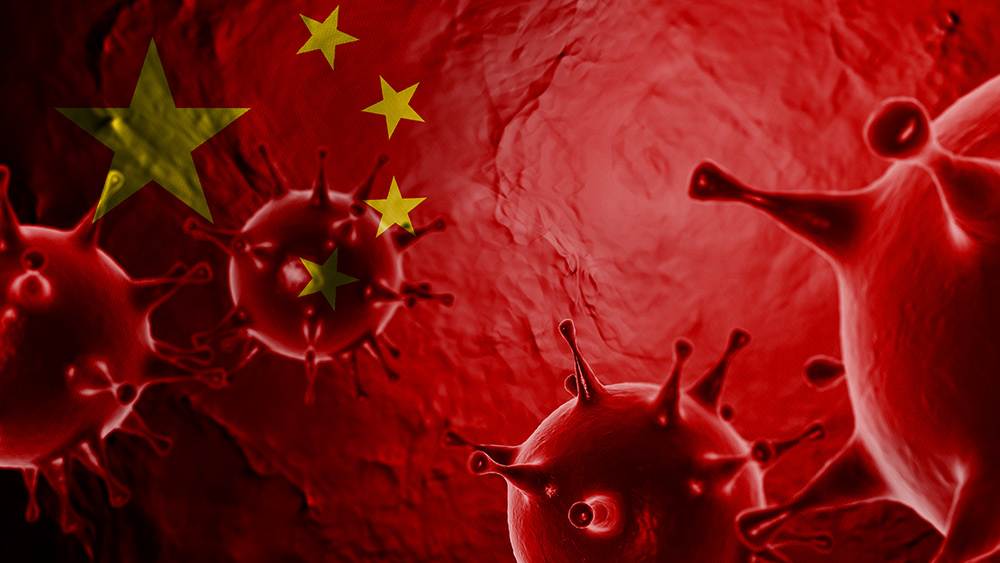 What we have is gain of function research been conducted under the control auspicious of really stupid people.  Does this sound like someone you know?
THe weapon potential is obvious.  willingness to try anything is also there.  And CHINA's CCP has declared a secret WAR against the WEST.  This makes all Chinese Scientists useful idiots.  How does this not end badly.
The only good news is that you are reading this. This can end in several ways.  The worst is a wildfire virus ripping across China itself.  Contrarly to the blindness of the MSM, I do not think we are not fully engaged in this WAR.  The good news is that we WIN.

(Natural News) Washington Post journalist Josh Rogin published a new book titled: “Chaos Under Heaven: Trump, Xi, and the Battle for the Twenty-First Century.” The new book provides valuable intel on the origins of SARS CoV-2. China’s Wuhan Institute of Virology (WIV) is home to the world’s most unethical gain-of-function research on virus infectivity. Scientists at the WIV were modifying coronaviruses to understand how they can exploit human immune systems. The goal of the research was to come up with new vaccines in case an outbreak did occur. That unethical research on bat coronaviruses was funded by top scientists from the US government, Dr. Francis Collins and Dr. Anthony Fauci of the National Institutes of Health (NIH). The research was banned by the Obama Administration in October 2014, but was soon off-shored to China with grants coming from the NIH.
U.S. diplomats warn Washington about inadequate safety of Wuhan Institute of Virology in 2018
Rogin reveals that the US Embassy in Beijing “took the unusual step of repeatedly sending US science diplomats to the WIV” in 2018 and sent two warnings back to Washington about the “inadequate safety of the lab.” The American diplomats were shocked that the lab “didn’t have enough properly trained technicians to safely operate their BSL-4 lab.” It’s no coincidence that a new coronavirus outbreak began in the exact same city that spent years studying coronavirus gain-of-function, with the largest collection of bat coronaviruses in the world, including the closest known relative of SARS-CoV-2!
In his brave pursuit for the truth, Rogin reveals in-depth insight from top U.S government officials who have evidence of dangerous Chinese gain of function research on coronaviruses that went above and beyond the gain-of-function research that was openly discussed with US universities and institutions. Rogin revels that Chinese researchers were taking more risks in the lab, risks that governments did not understand at the time. The Chinese scientists ultimately found a way to engineer coronavirus spike proteins to exploit the ACE2 receptor in human lung cells. (Related: China rewrites COVID history, purges 300 studies linking virus to Wuhan lab.)
Chinese military classified some of their most dangerous gain-of-function research
One of the more suspicious studies came from Beijing researchers affiliated with the Academy of Military Medical Science. In June 2020, the researchers published a new model for studying SARS-CoV-2, one that uses the CRISPR gene editing tool to alter mice lung cells. The scientists equipped the mice with the ACE2 receptor from human lung cells. This is the same receptor that they learned how to exploit with modified coronaviruses, using enhanced gain-of-function properties.
Upon further investigation, U.S. officials found evidence that this research was taking place in the lead-up to the original SARS-CoV-2 outbreak in China. The research was previously undisclosed, and Chinese researchers continued to deny it was taking place. Before the Trump Administration left office, the State Department wrote in a January 15 statement that the WIV had only disclosed some of its participation in gain-of-function research, but failed to disclose their work on RaTG13, which was classified laboratory animal experimentation, conducted on behalf of the Chinese military since 2017.
“This was just a peek under a curtain of an entire galaxy of activity, including labs and military labs in Beijing and Wuhan playing around with coronaviruses in ACE2 mice in unsafe labs,” a senior US official told Rogin. “It suggests we are getting a peek at a body of activity that isn’t understood in the West or even has precedent here.”
This new intel and much more is included in Rogin’s new book.

Amazon.com
Posted by arclein at 12:00 AM

HAHA!! Yeah, right... like the Yanks AREN'T doing exactly the same research. They're always so quick to play their 'holier than thou' card until they get busted themselves! So why did America's DOD fund that Wuhan lab to start with?? Purely to weaponise a virus using experiments banned in the USA at the time. Since then they have gone back to them and we are all liable to suffer from their hubris.