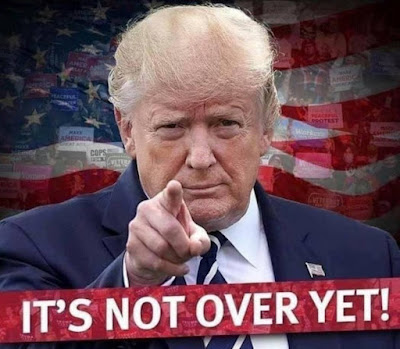 Utsava is a medium whose accuracy has been quite real.  regardless, everything here has been reported via excellent sources in other places.  This item is good for clarity and possible timelines.  Do note that timelines are usually disinformation.  The actual events, not so much as shown by events behind us.
The military is running the show and is maintaining secrecy while completing a range of tasks.  This reports that march 3 will be  the Trump inaguration day.  That will hold if all key tasks are complete.
The hardest part is been kept in the dark.  We get to see the tip of the iceberg.  such as Jeff Bezo's resignation.  It is happening folks.
Castle Rock, New American Republic, EBS Coming, Nesara, and More!
Good Afternoon,
I have done another interview with Charlie Ward. Right now this is the easiest way to get the information out, since the Deep State has been blocking my own video uploads. I'm sure I will be able to post on my own again soon.
https://www.youtube.com/watch?v=ZfDCh9O_Nx8
If you have not seen it already, there was another interview with Charlie about a week ago. Youtube deleted my previous video and gave me a strike, so I was unable to post for a while. Since I could not upload anywhere, I put the information they did not want you to see in this video:
Fake inauguration-Last video removed by YT-Know the truth-The latest with Utsava and Charlie Ward (bitchute.com)
_____________________________________________________
Updates
President Trump is still president. As we have been stating, Joe Biden is not president, and the inauguration was a virtual event with a bunch of actors orchestrated by a production company called Castle Rock. Biden has not set even foot into the White House. He was not allowed to appear at the fake inauguration. He was in prison. Rudi Giuliani confirmed on Instagram that Biden has a "turtle" neck, referring to his face mask. It is not him. He was arrested (the clone) in January 2021. The real Biden was executed in 2019.
Since Spring of 2020, I have consistently stated that Trump was not running against Biden - he would be running against NOTHING. I have stated that the election is not real and there is NOTHING going on. The election served to expose voter fraud and was a sting operation in order to let the Deep State complete their Treason. I have stated that after Christmas there will be a phase where the rest of the swamp creatures will be arrested. We will have a military take-over and an Emergency Broadcast (EBS). The truth will be revealed between now and March 3. The EBS is coming!
President Trump is still president. As a matter of law, when there is voter fraud, the win goes to the opponent party. Biden clone is not president and has been arrested. He is a fake president of the corporation America, which no longer exists. Trump was secretly inaugurated in a ceremony on January 11 in the Republic America. Every president has the right to a public as well as private ceremony. On March 3 he will be officially inaugurated as the 19th president of the Republic.
The swamp has impeached President Trump. However, as per the law, only a sitting president can be impeached. The punishment for impeachment is the removal of the president from office and disqualification from running again in the future.
It was also confirmed that the military took control in the beginning of January when Trump announced the emergency, as I had stated. I had also told you that we don't really have a president since the military took over and is now running the country. When the military gives the power back it will go to President Trump. The Democrats have lost power and control, as has the Deep State. What you see in the mainstream news is orchestrated fake news and does not show what is really happening. Biden has no power. These executive orders he is signing are not legally binding.
Mike Pence was arrested on January 6. Pence was replaced by Mike Pompeo, who stepped in for a few days as VP. Pompeo then went back to being Secretary of State.
The new financial system, known as "Nesara", will require a new election. I have previously predicted that we will have a new election this Spring for a new government where new officials will be voted in.
__________________________________________________________
Please join me on the following Social media platforms (linked below):
NEW - I'M NOW ON TELEGRAM: https://t.me/utsavaprophecy
WeGo social
Gab
Utah Gun Exchange
Bitchute
Rumble
Youtube
You can also visit my website for these links or find me directly there.
www.utsava.net
For more frequent updates please visit and subscribe to my blog:
Posted by arclein at 12:00 AM

This is the deep state's favorite method of coping with unwanted intelligence leaks, and it's now being applied to the election:

How do you discredit something that's true (like evidence of election fraud)? By implicitly acknowledging the truth while simultaneously promoting a bunch of other claims which are demonstrably false. This accomplishes two things:

1. It discredits everyone who is trying to expose the truth

2. It divides the opposition (its now the dupes versus the wise instead of everyone against corruption.)

You can fool some of the people all of the time / Tar them all with the same brush / Two birds, one stone

This is textbook psychological warfare; anyone with a background in psy-ops would recognize it.