Inspiring Others to Climb the Ladder 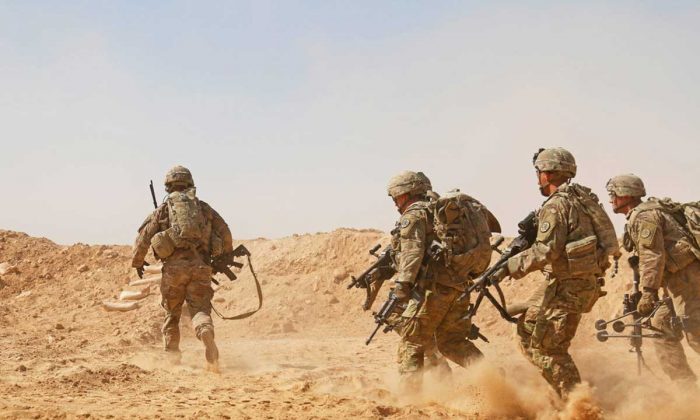 This is an extraordinary tale of how villagers actually were inspired to fight alongside other defenders who started as complete strangers.

In this tale, one skilled individual did it all.  Those skills can easily be taught and practice quickly pays off.  No different that salesmanship training but actually way more important.

Truth is most of us come to the game not only unprepared for this but even trained off it from concentration on alternate objectives in our school years.  It can be as simple as stepping a little closer and focusing on listening.

It was enough to persuade villagers to also get on those rooftops and brave incoming fire.  The high level of returned fire would force the Taliban to back off the village and that sudden self sufficiency allows those villagers to take back their village..

To go up on that rooftop was to die.

There were so many tracer rounds buzzing around the rooftops of this Afghan village from Taliban fire that it looked like the lasers on a Star Wars movie. Our Green Beret team was up on the rooftops fighting it out, pushing back against the Taliban attacking the village. On other rooftops, villagers were standing their ground, shooting in the same direction as us.

The Taliban had kept their foot on the collective throat of this village for years. But after a decade, the villagers finally climbed the ladders to fight alongside us, not because they had to, but because they chose to.

This is the event that inspired what I call ‘rooftop leadership.’ I believe the approach used there is highly relevant here at home, in your life and business.

You might be thinking, “wait a minute, what’s a dusty Afghan village have to do with my life?” Well, think about your own world. Think about how trust has eroded at your business, on the street, on television. Everywhere you look, there are more privacy fences than front porches. We are so hyper-connected, yet we’re disconnected in so many ways.

We live in many of the same conditions here in America that exist in those rough, tribal places in the Middle East, where trust is eroding and the stakes are high. You need to be able to inspire people to go up those ‘ladders’ with you and make a stand, to take risks on your vision, not because they have to, but because they choose to.

Let me tell you about Mulla Mike. He was a U.S. Special Forces officer who lived with his team out in this little rural village in northern Kandahar province, where he had an uncanny connection to the villagers.

This village had been intimidated and brutalized by the Taliban. Villagers had distrusted coalition forces for so many years that when Mike’s team first got there, they wouldn’t even give the soldiers the time of day. But in a very short period of time, Mike had gained their trust.

What he did was simple: He understood the local environment. He spoke the language, he studied the Quran, despite being a Christian. He exercised presence, patience, and persistence—the three Ps of rooftop leadership.

Mike was present on all accounts; he moved around, he was seen. He patrolled every day on foot. He got out in the trenches, walked to different farms, talked to different farmers, knew every villager. He was also present internally. He was intentional. He would prepare before every engagement. No engagement was trivial to him, no engagement was casual. He would work to understand who he was going to meet and to have thoughtful questions that would help him make deep connections. He was present before he even showed up.

But being present isn’t just about walking the ground, and it’s not just about preparation. It’s about the little moments in between that most people blow off or miss altogether because they’re not dialed in.

Mike would lean in and deeply, actively listen to every word these villagers said.

He made little moments count. He made people feel important. And that’s what will pay off for you, down the road, when people are deciding whether or not to go up that ladder with you. They’re going to remember those moments when you were present and they’ll take a chance.

Mike was persistent. He shared a consistent vision for the direction of that village with the tribe. When he began to see success, he braced himself and was ready for the spears. The spears are what’s going to be thrown at you anonymously, sometimes from the digital shadows of the internet. They’ll come from the people closest to you, even the people you love. But you can’t quit. No matter how bad the attacks were, Mike and his men persevered.

They understood that patience equals strategic results. Mike knew that all problems are human problems and patience means going at the pace of the people involved in that problem. If you try to push it faster than that, you’re going to marginalize the people who are most relevant to the problem.

Just the way that Mulla Mike was able to go into these villages and be patient and build relationships that had depth and weight, I want the same for you in your life and business. And here’s the key, guys and gals, relationships are the asset. Don’t get impatient and put the transaction before the relationship.

There you have it, the three P’s of rooftop leadership that will change how you run your life and your business: presence, persistence, and patience. The three things that inspire people to follow you up ladders, not because they have to, but because they choose to.

Scott Mann is a former Green Beret who specialized in unconventional, high-impact missions and relationship-building. He is the founder of Rooftop Leadership and appears frequently on CNN, Bloomberg, Fox Business News, and many syndicated radio programs. For more information, visit RooftopLeadership.com
Posted by arclein at 12:00 AM