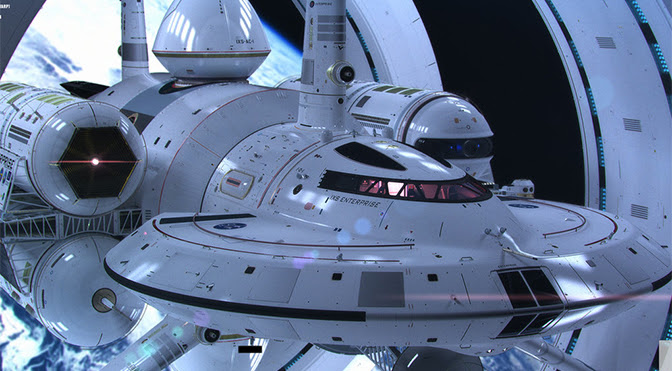 That nicely ruined NASA's classical models.  I no longer think that we are dealing with a Vacuum in space at all.  We have dark matter instead that will decay into more complex particles from time to time.  I am just beginning to query this core discovery so i do not yet wish to say more about this thruster except that producing a high powered thruster using dark matter now appears feasible.


The key point is that all these tests and unusual hardware is challenging our current knowledge.  Again these results do find a natural home in my Cloud Cosmology, but not in our present paradigm.  The conflicts are forcing a natural divergence which will likely last a while longer.

A study conducted last year by NASA scientists has become the latest, and by far the highest profile, piece of evidence in favor of a seemingly impossible space thruster design that’s been evoking worldwide skepticism for some time now. Apparently annoyed by the persistent boosters of several similar but distinct designs, the space agency finally agreed to test an American-made variant called the Cannae Drive. “Alright!” they said. “We’ll test your stupid drive that won’t work.” Except it did work. Seemingly in contravention of the law of conservation of momentum, the team confirmed that the device produces thrust by using electricity, and nothing else. Supporters call them microwave thrusters or quantum vacuum plasma thrusters (QVPT), while most others use the phrase “anomalous thrust device.”

First, the results of NASA’s experiment, since that’s all the team itself wants you to be talking about. Seemingly wanting to avoid unproductive controversy about the nature of existence, they’ve totally ignored the question of how the drive works in favour of simply reporting the data. With controls in place to avoid any confounding forces or variables, the NASA team recorded a reliable thrust between 30 and 50 micro-Newtons, less than a thousandth of the output of some relatively low-powered ion thrusters in use today. Still, the ion thrusters require fuel to operate, and the original QVPT inventor claims the version NASA tested is flawed, leading them to collect far lower thrust readings than his original can provide. 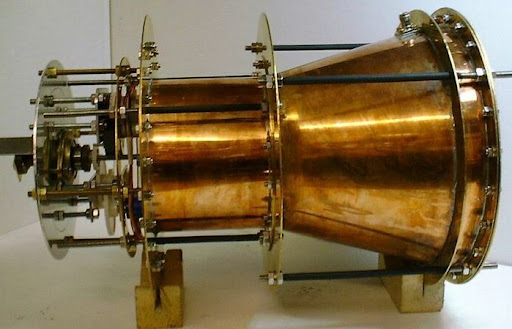 This is an older version of the QVPT than the one NASA tested, though it may still produce more thrust

If confirmed, the practical upshot of this technology would be amazing. Solar panels could provide the electricity needed to keep the thruster working, meaning that propulsion would be low-thrust and long-term with virtually no associated cost. That would not only drastically reduce the cost of keeping satellites running and in orbit, but it could make interstellar travel much easier; Harold White, of warp drive fame, predicted that a beefed up version of the QVPT could reach Proxima Centauri in about 30 years (assuming the concept actually works at all). 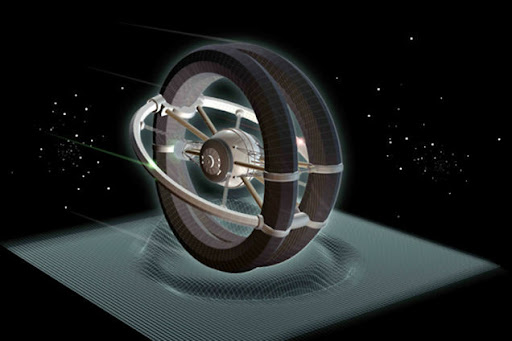 Warp drives aren’t such a harebrained concept any more, so why should quantum drives be?

While NASA might not want to talk about it, though, for us it’s worth discussing just how this drive’s creators hypothesize the thruster works. By now, most people are aware that the laws of classical physics tend to break down at the quantum scale, and exploiting that fact can give you interesting little physical impossibilities like infinitely accelerating negative-mass photons. However, the effects of these quantum-scale impossibilities have always stayed at the quantum scale; sure one atom could theoretically phase-shift through another, but we still can’t run through walls.

The central insight here (assuming this isn’t all a big mistake) is that something called quantum vacuum fluctuations will occasionally spontaneously create particles all throughout the vacuum of space, and that these short-lived particles can be put to useful work. Thus, this thruster actually does use fuel — it just finds and uses that fuel as it goes. The thruster essentially turns these virtual particles into a plasma and expels them out the back of the ship, much like a conventional fuel source. The quantum fuel, though, spontaneously appears inside the thruster’s reaction area without even the need for collection or injection hardware. All things considered, that’s more than a little exciting. 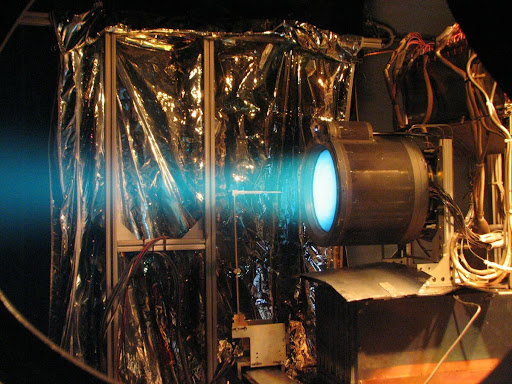 The original design, called the emDrive by creator Roger Shawyer, should get significantly more attention in the coming months, which ought to feel good given the long struggles he’s had with professional apathy and skepticism. As mentioned, the version tested by NASA is distinct from the emDrive, but still (they think) makes use of the quantum vacuum particles as the propellant. There are very preliminary plans to test a version of the drive in space, but such orbital work is expensive; now it might finally have the juice to warrant such a plan.
Posted by arclein at 12:00 AM