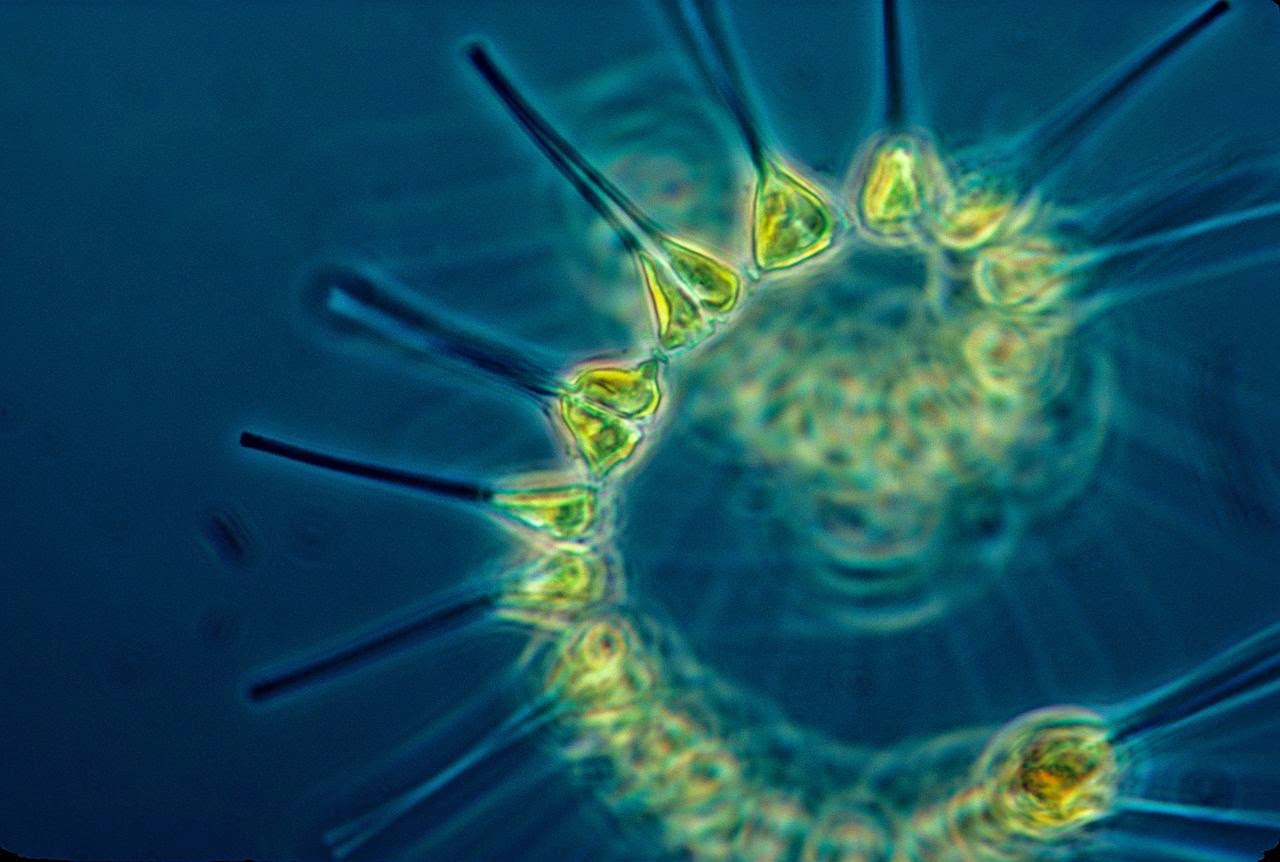 This is actually remarkable because they appear to be doing better than we do.  Getting there is no serious trick as that is a simple matter of hitching a ride up.  Wind blown sea spray really explains it quite that they actually survive is the huge surprise.

it also tells us that when we hit liquid water anywhere else, that transport and introduction  of useful organisms is not a problem at all..

It is important news.

Russian cosmonauts have discovered something remarkable clinging to the outside of the International Space Station: living organisms.

The microscopic creatures appeared during a space walk intended to clean the vessel's surface, and were allegedly identified — incredibly — as a type of sea plankton. This is big: According to Sploid, Russian scientists are both "shocked by [the] discovery and can't really explain how [it] is possible."

Life in space: While not exactly alien life forms, experts are having trouble explaining how the plankton ended up on the station and survived — possibly even grew and multiplied — 205 miles above Earth's surface.

Some claim they were carried there from the ocean by "uplifting air currents," according to Sploid. The Mirror reports the plankton are atypical for Baikanour, Kazakhstan, where the station initially launched, meaning it's unlikely they were on its hull before it took off.

Sploid's Jesus Díaz goes a step further: He suggests their appearance lends credence to the theory that "organic life may have spread across space traveling on comets and asteroids."

This is less far-fetched than it seems: In 2012, Motherboard aired a documentary short about tardigrades — "minuscule eight-legged creatures that can withstand extreme conditions, including the vacuum of space," according to the Atlantic.

Touted as the "first animal to survive in space," this hardy microorganism boasts limbs, "a mouth, a digestive tract … muscles" and a nervous system," according to the film. Its ability to endure such harsh conditions has led scientists to ponder whether it did, in fact, originate in space.

In other words: An alien.

So let your imagination run wild. If tardigrades, sea plankton and other tiny organisms can survive unsheltered in the vast expanses of space, who's to say their relatives — and relatives' descendants — never populated or evolved on other worlds the same way life on Earth came about.

Scientists have much to learn about the universe, but such findings mark exciting developments in the ongoing search for extra-terrestrial life.
Posted by arclein at 12:00 AM

Has anyone read Genesis 1:6-7 ? Are you so sure that it was hitch hiking and not already there ??