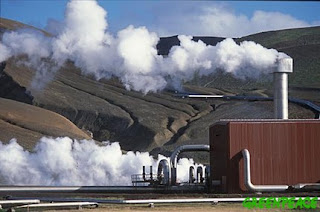 We have posted extensively on this, but it is perhaps time to pull the treads together.  We have the technology to have our entire civilization operate on cheap energy.  It would be nice to shortcut the process by introducing small scale fusion energy plants as quickly as possible, but it is not necessary to do that at all.
When electrical power was first developed, we had and a generation later we had the Hoover Dam.  Both got paid out and power was so cheap it had to be almost given away to industrial users.
We can now return to that situation rather easily.
First off, we need base load power that supplies about sixty percent of demand on a constant basis.  This can be easily supplied with a massive build out of geothermal resources all of which is already matured and well within our technical ability.  This needs to be combined with a high power national grid to move the power to points of demand, but that is now timely also because of wind power.
Wind and Solar are providers of intermittent power that is clearly needed during peak demand times and if combined finally with battery and flywheel farms will naturally fill that market.
A national program aimed at installing the power resources called for by the pending electrification of personal road transport is now called for and can mobilize the whole economy.  It is high time to get with it in the and elsewhere.
Without a fuel charge to factor in, normal amortization will pay off every asset and we have proven we can build facilities that will last decades past their payout.  The only cost factor left will be normal wear and tear.
Posted by arclein at 2:37 AM

Energy costs are dependent on the proximity to the energy source, i.e. if you are close to a geothermal vent you would use geothermal and if you are close to a 24/7 water current you would use free standing hydro power as the most cost efficient means of base load electrical power. All the rest of the alternative sources are currently intermitant.