The Grim Reaper Uses a Stealth Vitamin B1 Deficiency (Beriberi), Hidden Behind the Covid-19 Coronavirus Pandemic 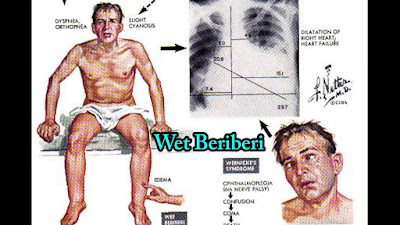 Wow! I'll have to read this a second time. Very interesting and compelling. We recognize the dangers of other deficiencies like from Vitamin C (scurvy); Iron (anemia); Iodine (women need more! Cretinism), Vitamin D (Rickets), and more. But these are evidence of extreme, prolonged deficiencies. We need to identify them long before then.I'm glad I regularly take a multi-vitamin but even those can have their imperfections (too much, not enough).