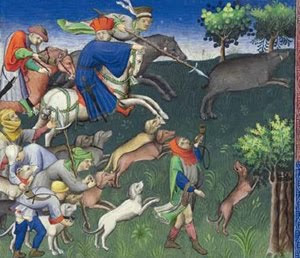 I am pleased to see this particular item.  It has been long known that in primitive conditions, the extended human village calves at around 200.  Obviously people sort themselves out with a smaller group of say fifty or so heading out to establish a new village.
This certainly suggested an upper limit to a person’s ability to relate properly to people.  The hard news from this piece is that it is properly 150 without much variation implied here.
Read through this.  I think it will become very useful.  I had already been thinking along these lines and had begun developing a prospective symbolic language to work with it properly.
It should be immediately useful to sales training in particular.  We now have a realistic framework to plan with.
British researcher asks: How many friends can you have?
The magic number is 150
Published On Fri Feb 05 2010
Debra BlackStaff Reporter
British anthropologist Robin Dunbar says human beings can have no more than 150 friends – that’s the upper limit the brain can absorb.
His conclusion comes from studying the social group size of monkeys and apes and how that size might relate to the brain.
Initially was examining why primates groom each other. If the reason involved sexual bonding, it should correspond to “the social brain hypothesis” that the reason primates have a large brain is because of their social complexity.
In other words, you need a large brain to keep track of your relationships. Humans, he says, are no different.
Known as “’s number,” the idea of an upper limit to friends is bound to cause some people – especially teens and young adults -- to raise their eyebrows, particularly in this era of social network sites where some people boast of having thousands of friends.
Since first coming up with the number 150, Dunbar, who heads the of and Evolutionary Anthropology at , has also looked at what the nature of the friendship is within that circle. And he found that the people within that circle were those that had a personal relationship based on history and a shared experience – be it family or friends.
, whose book How Many Friends Does One Person Need? has just been published by Faber & Faber in , describes a person’s friends akin to ripples in a pond – each ripple representing an ever increasing number of friends from 5 up to 150. Those closest to you are usually family, then close friends and eventually acquaintances.
“The other key thing is the 150 friends aren’t a homogeneous group of people, but rather they are rings of people or circles of friendship that expand outwards.”
The first five friends and or family you might be prepared to go to prison for, said. The next layer of 10? You wouldn’t go to prison for all of them. “You’re less emotionally engaged with them,” says. “You might lend them $100. The next layer out, which takes you to 50, your emotional engagement is less but still there. You might lend them $20. The next layer of 100, you might do them a favour.”
Everyone outside those 150 are people you may not even have a reciprocal friendship with, he added.
said that once he had determined the upper range of friends, he examined a wide range of historical and contemporary settings to see if the number still applied. And it did – in everything from villages 100 years ago in which the population hovered around 150 to individuals’ social networking sites. Even the Gore-Tex fabrics factory keeps its employees at 150 at each of its sites, he said.
Some of ’s work on the magic number 150 is being used in other areas of research, including the development of mobile phones and how much storage is actually needed for people’s address books, as well as building the optimum organizational structure.
Even last year’s international banking crisis might have been averted if the number 150 had been applied, said. If the banks units had been smaller, everyone might have known what was going on and felt more responsibility towards each other.
Posted by arclein at 12:39 AM

This makes complete sense to me. And evolutionarily speaking it would be very hard to refute. I am going along with this theory for that reason, until at which time I find a better one, if one even exists. Thank you for your work in this matter, very interesting research indeed.

I am not sure that anyone had asked the question but it is pretty obvious when you read up on the behavior of villages in the Amazon in particular where there are few geographical restraints to channel population. It is the one constant that jumps out.

Indeed, and another interesting example would be Chimpanzee Troops and sizes, even small Kingdoms, and there is also a theory in the Franchising Industry about these things, pertaining to "trust" and cohesiveness. There have been management studies too, even professors with large auditorium type classes, which although not exactly about friends, it is yet another theory of groups.

This could be important for space colonies of the future, and keeping groups close in military units, or teams. The applications of this finding are huge, thus, a very worthwhile study and concept.

Still, knowing 150 people (friends) close enough to "trust" is a significant issue. They say the average person has 3500 people they "Know Of" or can name in their groupings, not counting famous people whose images they know, and some folks know 10,000 people or have had brief interaction with (over a long-period of time, say 10-years).

If so, 3500 times 3500, time 3500 is a huge number for the degrees of separation right? Perhaps, Chimpanzee troops and proper sizes of villages to maintain trust was indeed 150 or there-abouts. Wouldn't surprise me in the least now that I think about it.

What originally got me started on the subject was consideration of the human male hunting band and its hierarchy and how it differed with from the distaff.

We clearly differ from other cooperative species in as much as a big man is established who is able to sustain a large village. That led me to conjecture that this was the principal driver of the emergence of a large brained human and the need to sustain relations an order of magnitude larger than any other species.

I went on to recognize that our urban world functions in a series of virtual communities of now 150 that obviously interact through our social rules.

Interestingly enough, I have also had many thoughts previously on this topic, not on the "friends-trust" issue or with regards to the lending of money or assets, but with regards to the size of an organization and splinter groups, outliers, unreasonable men, direction and trends. It's a great topic.

No Kidding. It leads to possibly contriving a usable symbolic language that might be applied to sociology and anthropology. It is brewing up in the back of my thoughts.

and yes thoughts on leadership are a natural consequence.

Have you heard of the theory that the human brain is so big because humans are deceptive and thus, it has to be that large for humans to remember all the lies they've told and to whom? In that case, 150 people would indeed be a large number to keep track of assuming everyone was told a different version of a story, and then who knows who and the relations between them all? Anyway, I thought I'd through that out there as well.

This tracks with my personal experience in the 1990s, working for a computer game company. When I joined it in 1989, I was the 15th employee. We were a tight-knit bunch who mostly interacted socially as well as professionally. As the company grew, those bonds became more tenuous. By 1992 we had 50 people, and seemed to cross a threshhold; by 1996, our peak year of profitability, we had almost 200 people. We continued growing to a peak of just over 300, and everything seemed to shake apart at the seams. Many projects failed; key producers left to form their own companies. Management split us into "divisions" of about 15 to 30 people, trying to recapture the dynamism we once had, but the center failed to hold. The company collapsed into a tiny shell that only exists to hold a handful of remnant intellectual properties.

The key to handle a large organization is to remember the rule of six. This means that no person in authority can have more than six people directly reporting to him to receive and implement instructions. Each of them can usefully apply the same rule and so on to create effective management.

In its own way huge organizations like armies work this way. Anything larger than that is an information meeting and not a decision making system.

People creating a growing business for the first time do not know this and even more critically do not recognize the need to develop the six key leaders. These folks must often be developed internally in a new business and this takes a lot of time that is often not available.